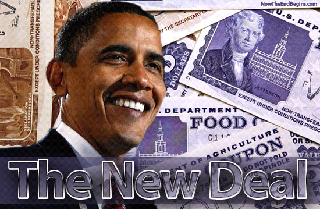 This doesn’t really require any comment based on the delusion factor, but I would love to hear from some of the 8.2% unemployed, the 14.4% of unemployed African-Americans, the 14.9% underemployed, or the record number of Americans currently on food stamps, regarding this statement from the President:

When asked about his proudest achievement, interestingly, Mr. Obama didn’t cite the passage of his health care law, which was recently upheld by the Supreme Court.

“You know, my proudest achievement is actually stabilizing the economy to avert a great depression,” he said. “Because if I don’t do that, nothing else matters.”

“Now we’re not where we need to be. And you’re right, the unemployment rate is way too high,” he said. “But the fact of the matter is that we were able to stop a hemorrhaging of jobs, get the economy growing again, add 4.4 million jobs, 500,000 manufacturing jobs, save the auto industry. All those things provide us at least a base from which now to grow,” he said.

This man actually believes he stabilized the economy, as opposed to prolonging the economic downturn.

His policies have raised the unemployment rate over 8% for a record 41 months, the national debt has increased by over $5 trillion, gas prices have doubled, home values have plunged, a record number of Americans have dropped out of the work force … and this is something to be proud of?

Illegal Immigrants to Get State Tuition Rates in Massachusetts

Joe Scarborough: ‘No One’ in GOP Establishment Thinks Romney Will Beat Obama