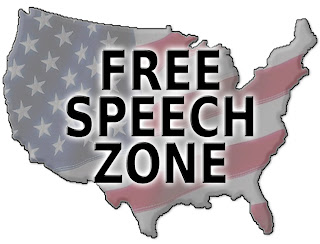 Late last night, I had received an e-mail from a concerned blogger which explained an odd situation he had encountered on Twitter:

Last night about 20 minutes after I went on a conservative rant my account was suspended by Twitter for no apparent reason. Twitter‘s reason for the suspension was “abusive language” I didn’t even curse let alone make a threat, I said nothing that could be interpreted as abusive. I argued with Twitter and after several hours they unlocked my account.

Shortly after his ordeal with Twitter, the blogger proceeded to investigate and discovered several suspensions of accounts belonging to what he called ‘low profile conservatives’ – meaning the groundwork, foot-soldier type bloggers who don’t quite have a huge following as of yet.

This, coupled with last weeks suspension of the account @FreeMarket_US for the crime of having created a viral video called “If I Wanted America to Fail”, has certainly raised some eyebrows.

From Dana Loesch at Breitbart.com:

Earlier this evening my husband, Chris Loesch, had his Twitter account suspended. There have been stories going around of conservatives getting suspended from Twitter over innocuous things while accounts like @KillZimmerman (an account which threatened to kill George Zimmerman) and other such accounts were left active for weeks. After a user remarked about me being raped and murdered, Chris and others defended me.

I can only assume that either someone suspended it, or (and more likely) progressives targeted Chris’s account, reported him, and got him suspended.

Either way, conservatives didn’t react to kindly and launched a Twitter campaign the likes of which I haven’t seen since Wonkette and Trig Palin. #FreeChrisLoesch trended third worldwide.

In the ensuing battle, there were reports that Chris Loesch had his account reinstated, but then suspended again a couple of times.  I tried to follow @ChrisLoesch this morning, and I am greeted by a message that reminds me his account has been suspended.

It’s not over yet. Coordinated flag-spamming is a problem that Twitter needs to address now and preemptively, not AFTER conservative accounts are targeted and taken down.

So who’s behind the Twitter assault on conservatives?  The Twitter brass seems unlikely, as this would certainly hurt their traffic by suspending a major portion of their political dialogue.

The most likely scenario is a group of low-level liberals on Twitter, taking advantage of the reporting system in place to make bogus claims of spam or harassment.  It is emblematic of the juvenile frat boy tactics of the left.  Either way, it appears to be a coordinated attack that’s end purpose will only be to raise the ire of conservatives even further.  You would think they would have been smarter and waited for an important news cycle to pull out this stunt, as it is likely to be remedied by Twitter in short order.

What part of free speech exactly do liberals continue to struggle with?

So Much For the Refreshingly Honest Admission by Melky Cabrera