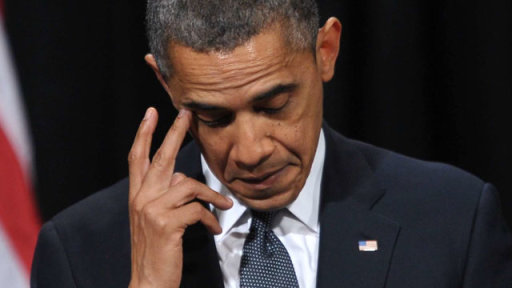 White House Press Secretary Jay Carney announced today that the President is open to new gun control legislation in the wake of the Newtown massacre.

President Obama “strongly” supports the renewal of the assault weapons ban and would back new gun legislation, the White House said Tuesday, as the president spoke to a pro-gun senator who has shifted his position since Friday’s mass shooting in Connecticut.

“He is actively supportive of, for example, Sen. [Dianne] Feinstein’s stated intent to revive a piece of legislation that would reinstate the assault weapons ban,” White House press secretary Jay Carney said during his daily briefing. On Monday, Carney would only say that the president supports the return of the ban and did not weigh in on the bill Feinstein said she plans to introduce on the first day of the new Senate.

Carney also offered some other gun laws Obama would back. “He supports and would support legislation that addresses the problem of the so-called gun show loophole, and there are other elements of gun legislation that he could support … high capacity ammunition clips, for example. That is certainly something he would be interested in looking at,” he said.

This comes on the same day that CBS has reported that a crime scene in which Mexican beauty queen Maria Susana Flores Gamez was murdered, yielded yet another weapon from the botched gun-running operation, Fast and Furious.

A gun found at the scene of a shootout between a Mexican drug cartel and soldiers where a beauty queen died was part of the botched “Fast and Furious” operation, CBS News reports.

Authorities had said that Maria Susana Flores Gamez was likely used as a human shield and that an automatic rifle had been found near her body after the Nov. 23 shootout.

Sen. Chuck Grassley, R-Iowa, tells CBS News that the Justice Department did not notify Congress that a Fast and Furious firearm was found at the scene in Sinaloa.

CBS News learned the Romanian AK-47-type WASR-10 rifle found near her body was purchased by Uriel Patino at an Arizona gun shop in 2010. Patino is a suspect who allegedly purchased 700 guns while under the ATF’s watch.

It also comes little more than a week after reports had indicated that the administration inadvertently armed Al-Qaeda terrorists in Libya, with military and law enforcement experts even discussing the possibility that the guns were used in the Benghazi terrorist attack.

We have an administration over-reacting and using a tragedy to further their gun control agenda by limiting access to law-abiding American citizens, while wantonly arming Mexican drug cartels and Middle East terrorists and never having to answer for it.