The folks over at Camp Obama have been relentlessly assaulting Mitt Romney for his company’s alleged ‘outsourcing’ of jobs overseas.  And they have been hammering him for holding investments outside the country as well.

The hypocrisy can also be found in the latest campaign fundraiser held by the Obama campaign … in Communist Red China.

Doug Ross provides an image of the fundraising webpage below… 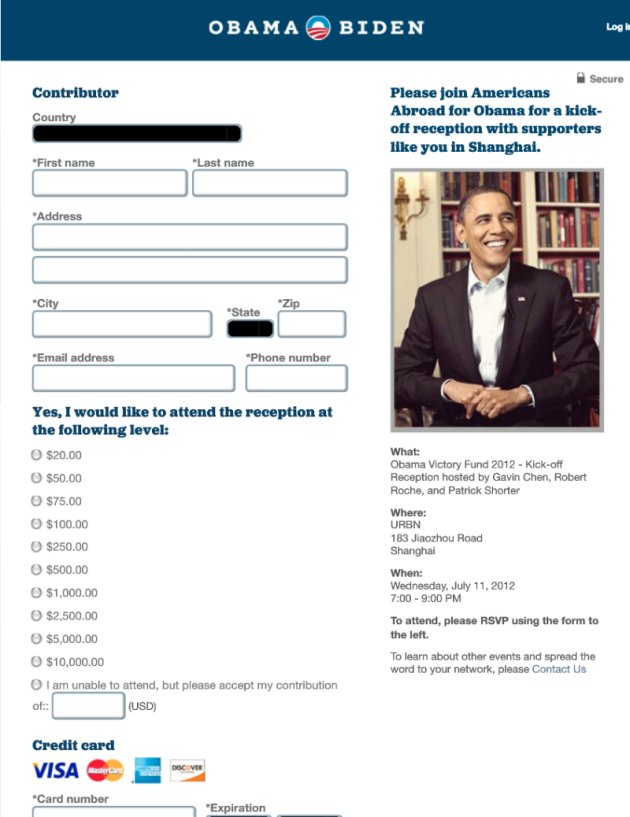 And here is a link to another fundraising page for the event which was held in Shanghai.
Warner Todd Huston writes:

Does that seem a bit hypocritical? Attacking Romney not only for supposedly outsourcing jobs overseas, but also attacking him for having investments outside the U.S., yet here Obama is sponsoring fund raisers in China, of all places?

But it isn’t just China. Obama is also plying donors with U.S. citizenship in the UK and France.

Lots of outsourcing going on, there, pal.

It is hypocritical, but it’s just another example of the Obama campaign trying to take the public’s focus off of the economy.