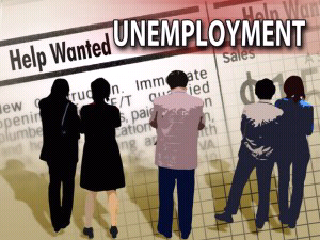 For those of you (like the mainstream media) who actually believe today’s unemployment numbers are good, here’s a little rundown of why it’s nothing more then smoke and mirrors.

A month ago, we joked when we said that for Obama to get the unemployment rate to negative by election time, all he has to do is to crush the labor force participation rate to about 55%.

Looks like the good folks at the BLS heard us: it appears that the people not in the labor force exploded by an unprecedented record 1.2 million.

No, that’s not a typo: 1.2 million people dropped out of the labor force in one month!
So as the labor force increased from 153.9 million to 154.4 million, then on institutional population increased by 242.3 million meaning, those not in the labor force surged from 86.7 million to 87.9 million. Which means that the civilian labor force tumbled to a fresh 30 year low of 63.7% as the BLS is seriously planning on eliminating nearly half of the available labor pool from the unemployment calculation.

The unemployment rate had no choice but to drop because of a record 1.2 million people no longer even trying to get a job.

To put that in perspective, the only number you are going to hear today (besides 8.3%) is 243,000.  That is the number of jobs added last month.

That is a whopping 957,000 less than the number of people who gave up participating in the work force!  And this is good news?

That’s like me claiming to eat a lower percentage of french fries because three local McDonald’s closed their doors this month – It’s not because of better eating habits, it’s because I have a limited fry market.

So while MSNBC and the dolts over at Media Matters trumpet these unemployment numbers as a means to get their chosen candidate re-elected, consider this…

Long-term unemployment, though, remains a problem, with the duration dropping from a near-record 40.8 weeks to 40.1 weeks.

Also, the level of discouraged workers surged, rising 7 percent to its highest level since December 2010.

Job growth remains one of the two missing pieces of the recovery puzzle, even though the rate has been on a steady trek lower.

Underemployment, which is a measure that combines the percentage of workers who are unemployed with the percentage working part time but wanting full-time work, surged to 18.7% in January. This is substantially worse than the 18.3% in December and is only slightly below the 19.0% of a year ago.

In other words, job growth remains utterly pathetic and stagnant, but we’re still going to call this a recovery.

Steve at No Runny Eggs adds:

The absolute simplest definition of the unemployment rate is to divide the number of people who want a job but don’t have one by the sum of that number and the number of people who have a job. Unfortunately, since that number is often embarrassing to those in public office, it is never publicized, and indeed, has only been able to be accurately calculated since 1994.

They provide a chart that “takes everybody who is unemployed and wants a job and divides it by that number plus those who want a job.”

The 11.9% of the potential labor force who want a job but do not have one is higher than any month prior to March 2009. Worse, the Congressional Budget Office doesn’t see the future as too bright. They don’t see the number of employed returning to the first-quarter 2008 high of 146 million until the first quarter of 2015.

As for 8.3% unemployment, that’s still significantly higher than when Obama was inaugurated, and still higher than the 8% he promised it would never go above.