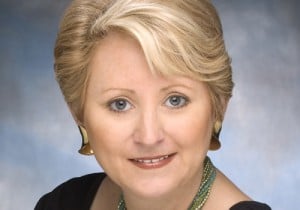 Remember when Eric Holder dismissed video evidence of how easy it was to perpetrate voter fraud by calling it ‘manufactured’?

A Maryland Democrat was recently revealed to have manufactured the ability to vote in two separate states – Maryland and Florida.  That is illegal.  It is fraud.  And she should be charged.
The Washington Post reports:

A Maryland Democratic candidate quit her congressional race Monday after her own party told state officials that she had committed fraud by voting in both Maryland and Florida in recent elections.

Wendy Rosen, a small-business owner running against freshman Rep. Andy Harris (R) in the Eastern Shore-based 1st Congressional District, released a statement saying that “with great regret, and much sorrow” she was resigning from the contest.

But suddenly Democrats have to admit that voter fraud exists. That’s really going to dent the narrative.

Their narrative has been more than dented, it’s non-existent. Voter fraud is real, it is prevalent, and it is a consistent Democrat tactic in elections.

Suddenly the Media Cares About Religion and Presidential Candidates