(VIDEO) Maxine Waters: Gangs Like the Crips and Bloods Have ‘More Integrity’ than Trump

(VIDEO) Bernie Sanders Says Something To His Supporters

Watch: College Kids Tell Cuomo What They Think About His College For Cons Plan

Earlier this week, the Erie County GOP Committee released this great web ad, in which college students having to pay or refinance student loans tell Andrew Cuomo what they think of his proposal.

Trending: Keith Ellison Asks For Proof That Bernie Supporters Are Violent – Steve Scalise Made Him Wish He Hadn’t

“Governor Cuomo’s recent scheme to provide free college tuition for New York State prison inmates shows how out of touch that the governor is with the people of Western New York. This proposal is an insult to law abiding New Yorker’s who struggle to pay tuition and take out enormous student loans in order to finance their college education, said Langworthy.”

“How is it fair for me to graduate over $20 thousand in debt while convicted felons take classes for free?” said Danielle, one of the UB students interviewed.

The Institute for College Access and Success has released data on student debts nationally. New Yorkers, on average, take out student loans totaling $25,537. Unfortunately, the job market has yet to rebound, leaving students with astronomical amounts of debt upon graduation with no great prospects to pay it back in a timely fashion.

“I work two jobs to save enough money to pay my tuition. I don’t break the law. Governor Cuomo, you should be working to make college more affordable, not giving it away for free to criminals,” said Christina another UB student Interviewed.

“The fact that the Governor would forward this misguided proposal at a time when college graduates are swimming in debt and local school districts are suffering cuts in state aid, is slap in the face to hard working middle class families across New York. Western New York taxpayers can’t afford another four years of Andrew Cuomo as Governor,” said Langworthy.

Criminals are really starting to rack up the benefits in New York these days. Aside from the free college education, Governor Cuomo is pushing for taxpayer funded Medicaid for ex-cons, and prisoners are being urged to sign up for free healthcare through Obamacare.

The “Kids Before Cons!” petition can be signed here…

Next post Business Owner Cancels Expansion Plans Due to Obamacare

Previous post Is America In an Abusive Relationship With the President? 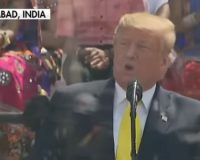