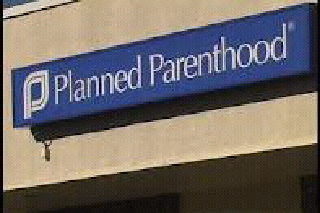 Now where have we heard of this before?  Oh yes, communist China.

A recently released video from a group called Live Action shows a Planned Parenthood staffer encouraging a pregnant woman to have an abortion if it is determined that the baby she is carrying is a girl.  The woman’s preference is for a baby boy.

The practice is known as a sex-selection abortion, and denegrates the miracle of childbirth down to the level of a drive-thru order.

Further, the employee also encourages the woman to get on Medicaid, so she can have the ultrasound that will provide the knowledge necessary to determine whether to continue the pregnancy (if it’s a boy) or terminate the baby (if it’s a girl).

Live Action says Planned Parenthood and other U.S. abortion providers are willing to assist in the termination of baby girls for pregnant women who choose abortion because they want to have baby boys. And the pro-life abortion watchdog says its video series and a new website will expose it all…

“In this video, what is astounding is that Rebecca, the Planned Parenthood counselor, starts arranging with the actor about how to get a late-term abortion,” Rose said. “To wait until her pregnancy is so developed that — and using Medicaid for this, using the state to pay for the ultrasound to determine the gender, and then to do a late term abortion if it was a little girl.”

Remember when ultrasounds were used to figure out if the nursery needed blue or pink paint? Now it is being used to abort later term babies and try again until you have your preferred choice.

So who is conducting the real War on Women here – conservatives or pro-abortion liberals?

Chilling: “They Quite Literally Can Watch Your Ideas Form as you Type”