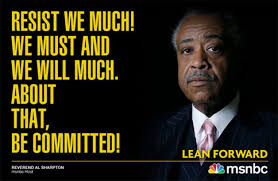 Yet another plain-as-day example of what is tolerated and shrugged off in the liberal media today.  Had this been a clip of Bill O’Reilly or Rush Limbaugh from the ’80s, the left would have organized, protested, and marched until they were no longer gracing our airwaves.  But the Reverand Al Sharpton?  Nah, rhetoric like this is just some foolish slip of the tongue from his past.  No big deal.

Other comments by Sharpton that are no big deal:

Also, there’s this.  Tawana freakin’ Brawley.
Via Yid with Lid:

This post was originally published in December 2010. But since Politico published the video below  as an exclusive today, I thought I would republish from the days it was my “exclusive”.  With a bonus video of Sharpton calling Colin Powell Bush’s House Negro.  Since the liberals are unsuccessfully trying to get Rush Limbaugh off the air, I wonder if they will do the same with Rev. Al…

… For us, though, the highlight of the the trailer for “Évocateur” is the brief time capsule look at Al Sharpton, then a rotund Brooklyn reverend with a prodigious konk. As seen above, during a commercial break–but while cameras continued rolling–the civil rights leader is seen yelling at an audience member who likely had commented negatively on Sharpton’s weight, race, bow tie, or affiliation withTawana Brawley. Perhaps all four.

Saying that he was “tired of them acting big,” Sharpton told the unseen audience member, “You ain’t nothing! You a punk faggot!” Gesturing for the Downey fan to come up to the stage and rumble, Sharpton added, “Now come on and do something.” Since becoming a respected leader, Rev. Al has dropped the term “punk faggot” from his fiery verbal repertoire, records show.

Watch the clip below, and read the rest here…

Think CNN Will Get Around to Covering That Dem Lawmaker Who Had Sex With a 17-Year-Old Boy at a Rest Stop?