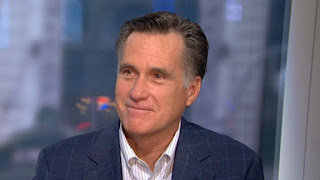 Looks like Mitt Romney and the Republican Committee are getting tired of outsourcing accusations that the Obama campaign has heaped upon him for his time at Bain Capital.

Republicans are turning the tables on the Obama campaign, launching an aggressive effort to cast the president as the “outsourcer in chief” in response to Democrats labeling Mitt Romney an “outsourcing pioneer.”

As it happens, the Republican National Committee on Tuesday pointed to a new Post story — this one examining Obama’s “outsourcing” record — as the GOP unveiled a website that outlines in fine detail how federal dollars under the Obama administration funded foreign projects.

Sure enough, at a Town Hall meeting today in Grand Junction, Colorado, Mitt Romney had this to say (video below):

“By the way, he likes to talk about outsourcing. He’s run some interesting attack ads on me on that topic. You may have seen that and interestingly, an independent, unbiased fact-checking organization looked at his ads and looked at that attack and said it’s false and misleading. But it is interesting that when it comes to outsourcing, that this president has been outsourcing a good deal of American jobs himself by putting money into energy companies, solar and wind energy companies that end up making their products outside the United States. If there is an outsourcer-in-chief, it’s the President of the United States, not the guy who’s running to replace him.”

The counterattack comes a little late, as polls have indicated that the President’s attacks on Romney’s work at Bain have been working.

Is this new tactic going to slow down that trend?

Video Evidence of the President as Apologizer-In-Chief