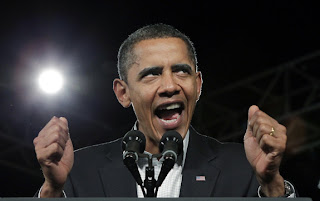 Can you hear me now?  ‘Cause the federal government certainly can.

The good news here is that the White House isn’t just trampling the civil liberties of Tea Party groups through the IRS, or trampling the concept of freedom of the press by stalking journalists.

Via the Guardian (h/t Memeorandum):

The National Security Agency is currently collecting the telephone records of millions of US customers of Verizon, one of America’s largest telecoms providers, under a top secret court order issued in April.

The order, a copy of which has been obtained by the Guardian,requires Verizon on an “ongoing, daily basis” to give the NSA information on all telephone calls in its systems, both within the US and between the US and other countries.

The document shows for the first time that under the Obama administration the communication records of millions of US citizens are being collected indiscriminately and in bulk – regardless of whether they are suspected of any wrongdoing.

The secret Foreign Intelligence Surveillance Court (Fisa) granted the order to the FBI on April 25, giving the government unlimited authority to obtain the data for a specified three-month period ending on July 19.

Under the terms of the blanket order, the numbers of both parties on a call are handed over, as is location data, call duration, unique identifiers, and the time and duration of all calls. The contents of the conversation itself are not covered.

The disclosure is likely to reignite longstanding debates in the US over the proper extent of the government’s domestic spying powers.

Under the Bush administration, officials in security agencies had disclosed to reporters the large-scale collection of call records data by the NSA, but this is the first time significant and top-secret documents have revealed the continuation of the practice on a massive scale under President Obama.

The unlimited nature of the records being handed over to the NSA is extremely unusual. Fisa court orders typically direct the production of records pertaining to a specific named target who is suspected of being an agent of a terrorist group or foreign state, or a finite set of individually named targets.

This is pretty remarkable. Where are my liberal friends who bemoaned a loss of civil liberties under President Bush? What, it was a travesty of justice, an unmitigated overreach 8-10 years ago, but now that government surveillance has expanded exponentially, eh … it’s not so bad.