Chelsea Clinton has the charisma of a speed bump and is less charming than her famous mother, but that isn’t stopping the media from pushing her down the public’s throat as ‘edgy’ and ‘cool.’

Case in point – Variety magazine Co-Editor-in-Chief Claudia Eller, who upon seeing an image of Chelsea on their cover immediately wanted to know “how cool does she look?”

So we decided to let our viewers judge – How cool does Chelsea Clinton look on the cover?

How cool does Chelsea Clinton look on our Power of Women, NY, cover?
Read her great interview with @RaminSetoodeh in tomorrow’s issue! pic.twitter.com/M4cj9gXdEk

You may recall Variety and Lifetime teamed up to name Clinton a recipient of “Impact Award,” an honor bestowed “for her work with Alliance for a Healthier Generation, which empowers kids to develop lifelong healthy habits.”

Because nothing says ‘achievement’ quite like using your last name to earn high-profile positions at consulting firms, NBC News, and her family’s Clinton Foundation, rather than earning such roles through hard work.

Even if you wanted to award someone as unaccomplished as Chelsea with an achievement award, shouldn’t the body of work speak for itself? Why does the media insist on making her a hip, cool, charismatic character?

@MattWelch She actually looks distinctly uncomfortable, like she’s wearing a cool person’s clothing without their permission.

And this about sums it up …

@Variety_Claudia @RaminSetoodeh She looks like a privileged woman with zero accomplishments the left/media is desperately trying to make “a thing.”https://t.co/Xzz6OT2RyS

Like we said, there are octogenarian librarians with more energy than Chelsea Clinton.

But … But … she makes spinach pancakes! That’s hip, isn’t it?

Spinach pancakes for #NationalPancakeDay (we won’t eat them all tonight although Charlotte would if we let her)! pic.twitter.com/9zgWZ0k94W 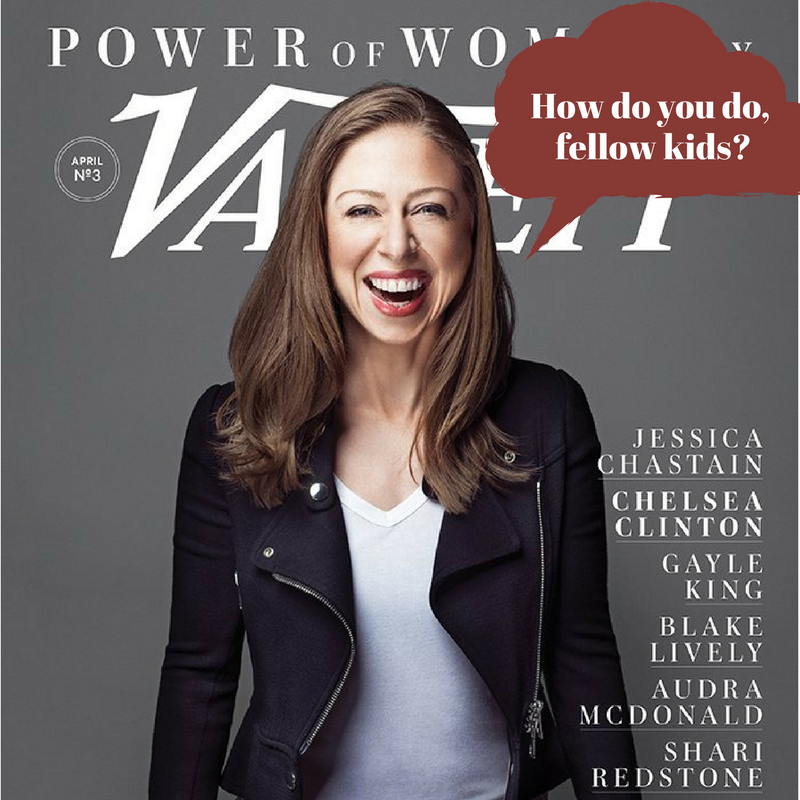 Do you think Chelsea Clinton looks cool on the cover of Variety? Share your thoughts below.

Don Lemon: If You Grew Up In America, You’re Probably Racist