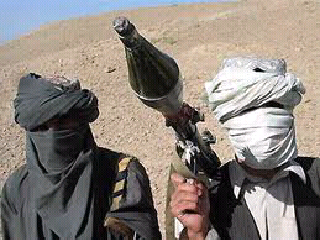 Isn’t it a fascinating glimpse into a liberal’s mindset when secretly detaining enemies of the United States is considered outlandish, but secretly releasing them is a non-story?

The US has been secretly releasing captured Taliban fighters from a detention center in Afghanistan in a bid to strengthen its hand in peace talks with the insurgent group, the Washington Post reported Monday.

The “strategic release” program of high-level detainees is designed to give the US a bargaining chip in some areas of Afghanistan where international forces struggle to exercise control, the report said.

Under the risky program, the hardened fighters must promise to give up violence and are threatened with further punishment, but there is nothing to stop them resuming attacks against Afghan and American troops.

“Everyone agrees they are guilty of what they have done and should remain in detention. Everyone agrees that these are bad guys. But the benefits outweigh the risks,” a US official told the Post.

What could possibly go wrong with this strategy?

It is stunning ignorance to release terrorists based on a promise to not commit further acts of violence.

New Video Rips Biden for ‘Laughing at the Issues’