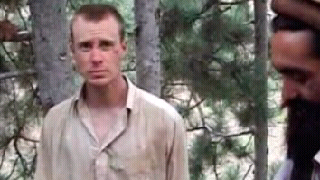 Yesterday, we covered a report by the Washington Post indicating that the United States is engaged in an absurd peace negotiation tactic with the Taliban – releasing terrorists captured on the battlefield in the hopes that they’ll keep a promise to never commit acts of violence again.

The following is an excerpt:

The US has been secretly releasing captured Taliban fighters from a detention center in Afghanistan in a bid to strengthen its hand in peace talks with the insurgent group, the Washington Post reported Monday.

The “strategic release” program of high-level detainees is designed to give the US a bargaining chip in some areas of Afghanistan where international forces struggle to exercise control, the report said.

Under the risky program, the hardened fighters must promise to give up violence and are threatened with further punishment, but there is nothing to stop them resuming attacks against Afghan and American troops.

Bethany Mandel over at Commentary Magazine has a heartbreaking report on the story of Sergeant Bowe Bergdhal, the only American prisoner of war currently in Taliban hands.

Mandel properly questions just what the hell our government is thinking, releasing Taliban operatives without so much as a thought about exchanging for Bergdhal.

Besides a general easing of tension which this policy is trying to foster, there is one very real concession that the president has seemed to ignore in his concessions to the devil (they’re only called deals if you get something in return, which we have not).

On June 30, 2009, almost three years ago, Sergeant Bowe Bergdahl of Idaho was kidnapped by the Taliban-affiliated Haqqani network. He is the only prisoner of war currently held by the Taliban and recent video releases seem to indicate that he is being kept alive for ransom by the group. A month after his capture the president issued a statement, explaining that he was “heartbroken” over Sgt. Bergdahl’s situation and vowed to bring him home. In three years, this seems to be the only public statement made by the President about Bergdahl.

Please read the rest of her report which includes a story about Bergdhal’s courageous attempt to escape from his captors, and a fury-inducing story about a US attempt to exchange Taliban prisoners for British POW’s.

Mandel closes with this thought:

In 2008 it was Barack Obama’s policy not to engage with terrorists under any circumstances. In 2009, his administration was comfortable exchanging American prisoners for British hostages. In 2012, it has become clear it was the long-standing policy of the administration to release American-held terrorist prisoners while asking for nothing in exchange, not even an American POW.

Doug Ross has a headline which describes this policy perfectly – Un-Freaking-Believable!

An American POW has has been held by a Taliban-affiliated terror group for almost three years. And he is never mentioned while Barack Obama releases high-level Taliban detainees from Gitmo in exchange for… their promises not to commit more acts of terrorism.

Keep Sergeant Bergdahl in your prayers.

And contact the House Foreign Affairs Committee at (202) 225-5021 to express your outrage.

Please dial that number or call your representative.  Tell them that if the government is willing to release terrorists, they damn sure better get an American hero in return.