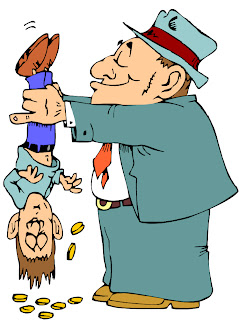 The Albany Times Union has broken a story involving correction officers in Rensselaer county trying to unseat the incumbent Republican sheriff, Jack Mahar, through unsavory means.  The crux of the story involves getting inmates to register or change their enrollment to the Conservative Party, giving the Democrat challenger, Gary Gordon, an edge in the general election.  Gordon ended up capturing the Conservative line by a narrow margin, but losing the general election to Mahar.

Reports show a labor union leader for the corrections officers, Kevin Rogers, allegedly dropping off 140 voter registration forms that enrolled people in the Conservative Party, of which four have been confirmed to be inmates.

Correction officers at Rensselaer County Jail pushed to register inmates to vote in last fall’s primary and general election as part of an effort to unseat Sheriff Jack Mahar.

State and federal law enforcement agencies have launched broad investigations into the activities of the correction officers, including whether their initiative to garner inmates’ votes violated state or federal laws. The probes are part of a broader investigation that began when a group of correction officers accused their labor leaders of fraud and looting union dues for personal use.

The Internal Revenue Service and U.S. Attorney’s office are involved in the investigation, according to two people briefed on the matter. The investigations follow years of documented civil rights violations inside the county correctional facility, including systemic beatings of prisoners, strip-search policies that were declared unconstitutional by a federal court and sexual assaults of inmates.

Representatives for the U.S. Attorney’s office and the state attorney general declined comment.

While inmates exercising their right to vote is not illegal – it is rare according to Republican election’s commissioner, Larry Bugbee – having the corrections officers solicit them or help them register, is.

Gordon, to his credit, voiced unease at the prospect of taking such actions.

“There came a point in time during my campaign that I became aware of a drive to get Conservative voters, to get people to register,” Gordon said. “Shortly after that there was discussion to talk to inmates, to get inmates to register, and I put a stop to that. … I don’t even know who was in the room when we were discussing it. Piche or Rogers may have been there. The decision was made not to solicit inmates.”

These latest allegations against the officer’s union – Sheriffs Employees Association of Rensselaer County (SEARCO) – stem from another investigation which alleges that Mark A. Piche and Rogers, president and vice-president of the union respectively, used tens of thousands of dollars in employee dues to hold parties at strip clubs, bars, and to make donations to political campaigns.

The former leaders of a Rensselaer County jail officers union spent tens of thousands of dollars in union money for outings at top-scale restaurants, strip clubs, bars and to make contributions to political campaigns and organizations in which they had a personal interest.

Apparently, the union leaders covered up their transgressions by refusing to reveal their itemized expenditures, instead leaving over $14,000 worth of transactions with the vague label of ‘donation’, and another untraceable $8,000 in ATM withdrawals.  Banking records obtained by the Times Union however, show some questionable transactions made using the union debit card.

Two weeks earlier, on Dec. 21, 2007, the debit card was used for a $62 purchase at Valenti’s Pub in Troy and also for two withdrawals totaling $344 from the same topless bar in Halfmoon. On other occasions, the card was used to pay for multi-hundred-dollar tabs at area bars and restaurants.

They also used their debit card to either donate or purchase tickets to events made by a local professional boxing promotion to the tune of nearly $2,000, over $2,000 in donations for a youth baseball team, and a whopping $20,000 in restaurant and bar tabs at Piche’s family owned restaurant.

Piche and Gordon were topics of conversation in a very heated election between Mahar and Gordon last year, as they tried to get the Democrat candidate to fix tickets in exchange for their endorsement.

During last year’s campaign, audiotapes of recorded telephone conversations between union officials, including Piche, and Gordon, the Rensselaer County district attorney’s investigator who challenged Mahar for the job, were released by the sheriff’s department. The tapes revealed union members apparently pressuring Gordon to help fix traffic tickets for their relatives in exchange for their endorsement and work on his campaign.

Gordon flat-out denies any role in the alleged scheme, and the taped conversations offer no proof to the contrary.  But while Gordon’s role may have only been as pawn to the union whim, the union corruption can not be ignored.

These findings also come on the heels of a major voter fraud case in upstate New York, where absentee ballots were allegedly forged by Democrat operatives in an attempt to secure the Working Families Party line in the elections.

Perhaps it’s about time we acknowledge upstate New York as a contender for the most politically corrupt area in the nation.  Chicago would be proud.

SHOCK: Cops Turn Their Backs On De Blasio During Eulogy

Clintons “Pissed Off” at the Weiners for Equating Sex Scandals, Because the Clinton’s are Far More Important