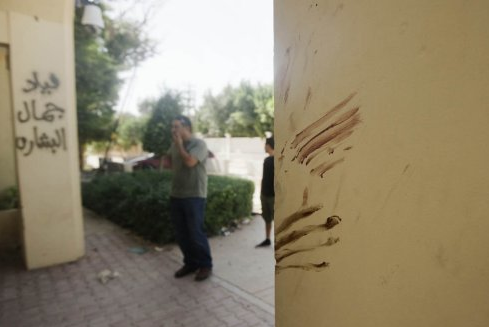 While the State Department continues to dodge questions about the terrorist attacks in Libya, a new report indicates that the FBI hasn’t even been dispatched to the scene.

“What we know is that the State Department won’t answer any questions about that attack. What happened there they say is off limits because it’s an intelligence matter, according to the FBI. The FBI isn’t even in Benghazi yet. They haven’t secured that site, which is how journalists can wander through.”

The statement regarding journalists being able to wander around the scene is referring to an incident we previously covered, in which CNN was able to obtain Ambassador Stevens’ personal journal, and then pretend they didn’t have it.
You don’t have to be an investigator to realize that evidence is compromised when a crime scene is not secured.
You have a State Department that refuses to answer questions on the terrorist attack, and worse, are unwilling to investigate the scene of the crime.
What are they hiding?
Tags
Benghazi Christopher Stevens FBI Libya State Department Terrorism

Could Santorum and Gingrich Be Teaming Up?