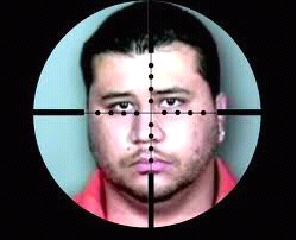 George Zimmerman was released on $150,000 bail late Sunday night in what the Associated Press called a “low-key event.” Threats of death from the Twitter lynch mob were anything but low-key.

Succinct and to the point for @TrizzyTroof_CA:

I would kill George Zimmerman

George Zimmerman Released From Jail 150,000 Bail! WTF! Nigga You Are About To Die, Start Writing Your Will! Justices Has Not Been Served

Violence and Threats: You may not publish or post direct, specific threats of violence against others.

I’m certain Twitter will do the right thing and pull those accounts.  Right around the twelfth of never.

Read the rest, it gets worse…

Carney: Obama ‘Not Particularly Concerned’ That Susan Rice Lied to the American People

Romney Hammers Obama on Unemployment Rate – “America Can Do Better”