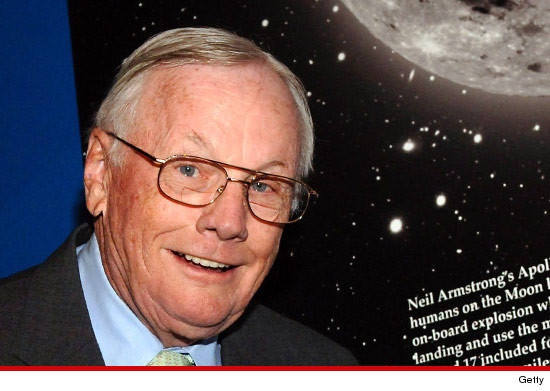 Via Troop 903 (please read their writeup on the career of Neil Armstrong):

Flags across the nation are flying at half staff today in memory of astronaut Neil Armstrong, the first human to walk on the moon.

Armstrong died last Saturday at age 82. President Obama issued a proclamation Monday ordering U.S. flags to be flown at half-staff at all public buildings and facilities until sunset today, “as a mark of respect for the memory of Neil Armstrong” on the day of his interment.

The Treasury Department however, may not have received that notice.

That photo is courtesy of Jeff Quinton.  He explains in further detail at the Quinton Report:

This flag is at the rear of the Treasury Building in downtown Washington, DC. This picture is looking across 15th St. from F St.

This flag has always been half-staffed when other half-staffing orders were issued by the President, but not today.

Is it plausible that this is simple human error?  How would those responsible for the caretaking of the flag not have missed such an order?

Somebody has some explaining to do.

Report: Sensitive Documents May Have Disappeared in Libya Attack Aftermath