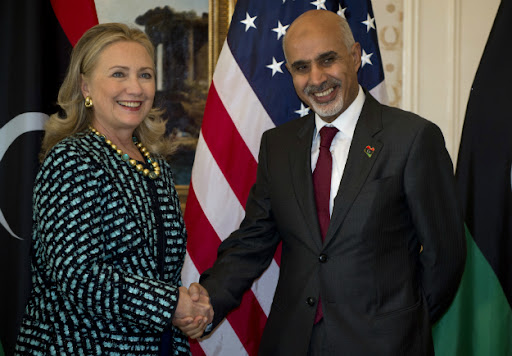 Tomorrow, top security chief Eric Nordstrom is set to testify in front of the House Oversight Committee that diplomats in Benghazi needed more security – and didn’t get it.

Via the Daily Beast:

The former top U.S. diplomatic security official in Libya will tell Congress Wednesday that the State Department reduced security personnel for Libya over his objections.

Eric Nordstrom, the regional security officer for the U.S. embassy in Tripoli from September 2011 to June 2012, is slated to testify before the House Committee on Oversight and Government Reform, where he will discuss publicly for the first time a 51-page report he prepared this summer on security incidents in Libya since June 2011.

“The incidents paint a clear picture that the environment in Libya was fragile at best and could degrade quickly,” Nordstrom wrote in an Oct. 1 letter to the committee. “Certainly not an environment where post should be directed to ‘normalize’ operations and reduce security resources in accordance with an artificial timetable.”

We’re learning that this is why the White House spent so much effort concealing the true reasons behind the attack in Benghazi, because they are complicit in it’s success in killing Americans.  There were 13 different security incidents, and multiple requests for added security.  Yet the Obama administration simply went whistling through the graveyard.

This cover up is on a similar scale to Watergate, with the exception that nobody died in Watergate.

And yet we watch the media cover items like Obama’s Big Bird ad.  What has become of this country?