The streets in some places can be really dangerous. Especially in a time when radical groups like Black Lives Matter and political correctness have police in fear of doing their jobs to keep us safe.

This thief approached a man on the street to demand his money, but got a huge surprise when he found out who the guy was! 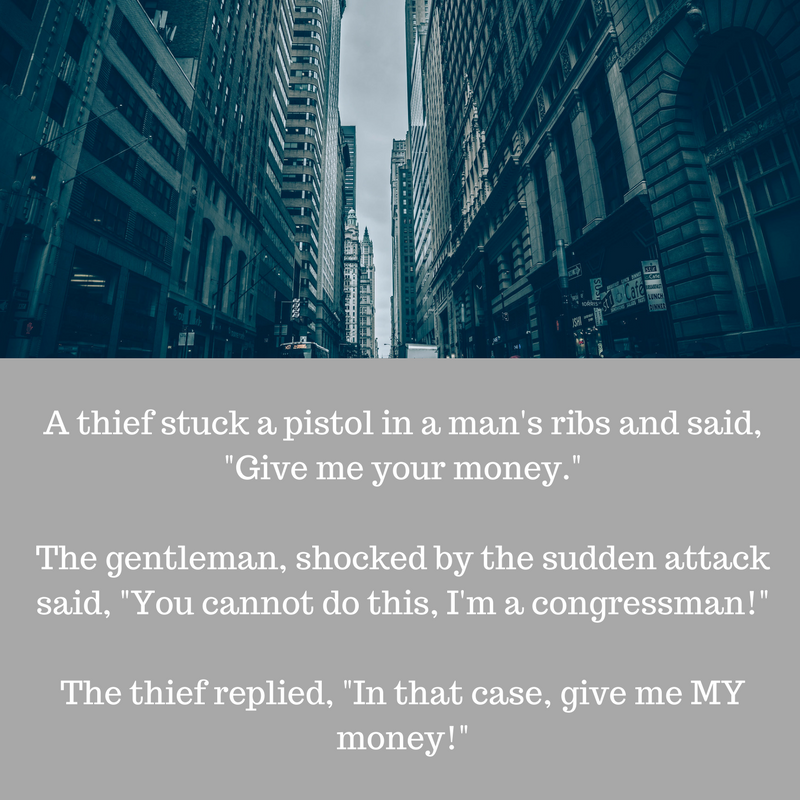 An instant classic – Congressmen and their cronies become fabulously wealthy by ripping off taxpayers for their goofy schemes. They’re able to afford it all because of how much people like President Trump pay in taxes.

But let’s not over analyze a great joke.

Biden’s Senate Papers to Remain Locked Up in 2020 – What Are They Hiding?