A 100-year-old World War II veteran was able to rebuild his home after Hurricane Harvey leveled it, thanks to a community that rallied around him and a little assistance from retired Navy SEAL, Marcus Luttrell.

Lt. Bill Fly wanted to spend his 100th birthday inside the home he shared with his wife since 1972. She passed away just a few months prior to the devastation wrought by Harvey flattened the home.

Here is an image of the damage courtesy of the YouCaring fundraising site: 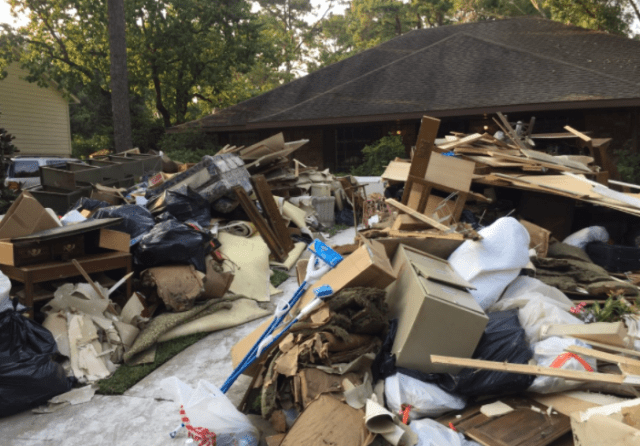 Luttrell, the man who earned a Navy Cross and Purple Heart for his heroics during a bloody 2005 battle in Afghanistan, and subject of the film Lone Survivor, heard his story and sprang into action.

Luttrell and his wife rallied neighbors to help repair the home, and nearly raised $90,000 in the process.

What an amazing story! If this video doesn’t bring a tear to your eye, you better check your pulse.

“I’ll bet you he lives 20 more years,” Luttrell said after the home was revealed.

Fly, of course, was very humble about his own service to our country. He served in the Army Air Forces in the European theater.

“I served and then I was discharged and I went back to my regular business,” he said. “And I really didn’t pay a whole lot of attention to the fact that I was a veteran in World War II.”

Those first two words, however, “I served,” inspired a lot of people to pay a whole lot of attention to you, Mr. Fly.

Thank you @MarcusLuttrell for continuing to serve long after the uniform has been retired. A grateful Nation holds you in the highest regard. Hooyah

“Did you ever think you would live to be 100 years old?” reporter Janice Dean asked.

He then offered praise to the many people who helped him rebuild his home.

“I just hope in their remaining days of their lives that they’re going to be as happy and content as I am,” he said through tears of joy. “I really, really appreciate it. Thank you so much.”

No, thank you, Mr. Fly, for everything you’ve done for your nation, and for continuing to inspire us even at 100-years-young.

Democrats Mock Candidate and Iraq War Veteran As A Coward

Trump: If Dems Win They Will Take Away Your 2nd Amendment