The Supreme Court has announced they will hear a case involving the right of private religion-based parties to refuse service to same-sex couples.

The case involves a Colorado bakery owner, Jack Phillips of Masterpiece Cakeshop, who claims his rights to freedom of religion and free speech were violated when he was deemed in violation of state anti-discrimination laws.

Phillips refused to bake a cake for a same-sex couple in 2012, a full two years prior to them being able to even marry in Colorado.

This marks the first major case since the Supreme Court’s ruling that the Constitution requires states to recognize same-sex marriage in 2015.

The U.S. Supreme Court announced Monday it will hear the case of a suburban Denver baker who refused to bake a wedding cake for a gay couple on faith-based grounds, in the latest religious freedom case to be considered before the nation’s highest court.

Jack Phillips, owner of Masterpiece Cakeshop, had refused to sell a customized cake for a gay couple’s union, claiming a religious exemption to the state’s anti-discrimination law.

State courts had ruled against the businessman.

The Colorado State Supreme Court refused to hear this case in 2016, meaning a ruling by the Colorado Court of Appeals was upheld that denied Phillips’ Constitutionally-protected religious rights.

The baker’s lawyer explained his client’s view on the matter of cakes and religion.

“Jack, who has happily served people of all backgrounds for years, simply exercised the long-cherished American freedom to decline to use his artistic talents to promote a message and event with which he disagrees, and that freedom should not be placed in jeopardy for anyone,” he said.

The Supreme Court case could have far-reaching ramifications, including aid to other religion-based businesses who have been discriminated against, such as Liberty Ridge, a farm that declined to host a lesbian wedding.

In that case, farm owners Cynthia and Robert Gifford declined the wedding ceremony but still offered to hold the reception at their establishment. For that ‘crime’ they were fined $13,000 and hauled in front of a Human Rights Commission in New York.

Which way do you think the Supreme Court will rule – in favor of religious freedom or same-sex wedding cakes? Share your thoughts below.

Feinstein Says China a ‘Respectable Nation,’ Should Not Be Sued By Americans Over Coronavirus 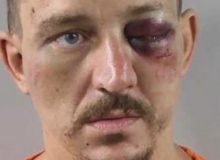