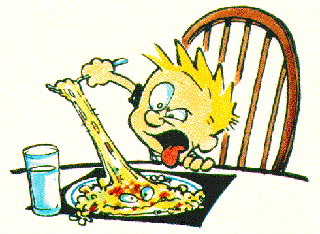 This is beyond the pale, and had to be shared here.  If you’re a parent and you’re not outraged by this, then check yourself.

Let’s Move! … Your lunch to the garbage, while we force-feed you things we determine to be good for you…

Via The Civitas Institute:

A mother in Hoke County complains her daughter was forced to eat a school lunch because a government inspector determined her home-made lunch did not meet nutrition requirements. In fact, all of the students in the NC Pre-K program classroom at West Hoke Elementary School in Raeford had to accept a school lunch in addition to their lunches brought from home.

NC Pre-K (before this year known as More at Four) is a state-funded education program designed to “enhance school readiness” for four year-olds.

The mother, who doesn’t wish to be identified at this time, says she made her daughter a lunch that contained a turkey and cheese sandwich, a banana, apple juice and potato chips. A state inspector assessing the pre-K program at the school said the girl also needed a vegetable, so the inspector ordered a full school lunch tray for her. While the four-year-old was still allowed to eat her home lunch, the girl was forced to take a helping of chicken nuggets, milk, a fruit and a vegetable to supplement her sack lunch.

And this pretty much sums it up right here…

The mother, who lives in Fayetteville, sent a statement to state Rep. G.L. Pridgen (R-Robeson) detailing her complaint. Pridgen says he was shocked to hear it. Pridgen has since learned this is a nationwide practice based on federal guidelines.

An assistant to Pridgen says the girl’s grandmother was also upset and asked, “This isn’t China, is it?”

Not yet, but you can see it from here.

Read the rest, especially if you’re a parent…

Former Staffer: Time For Chris Christie to Check His Ego And Get Out of the Race