After months of unceasing and relentless accusations, digging under every rock for Russian connections to President Trump, our friends on the far-left have finally found smoking gun evidence.

This is huge, and could result in serious trouble for the President.

Somebody alert crazy Maxine Waters, because this epic scandal could lead to impeachment.

Here is the shocking evidence of a Trump-Russia connection: 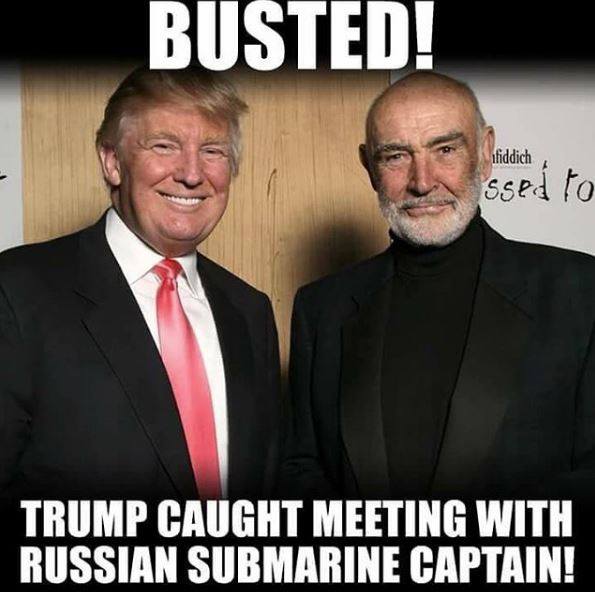 See what we did there?

Of course, Marko Aleksandrovich Ramius is the fictional Russian submarine captain from the movie “The Hunt For Red October,” played by Hollywood actor Sean Connery.

The way they’re rabidly insinuating there is a big Russian conspiracy into Trump’s election however, we wouldn’t be surprised to see liberals jump on this as further evidence of their kooky theories.

Soldier Gets Stuck At Airport, Watches Birth of His Daughter on Cell Phone

God Gives Three Men Chance to Get to Heaven If They Admit Affairs – But The Faithful Husband Doesn’t Make It!