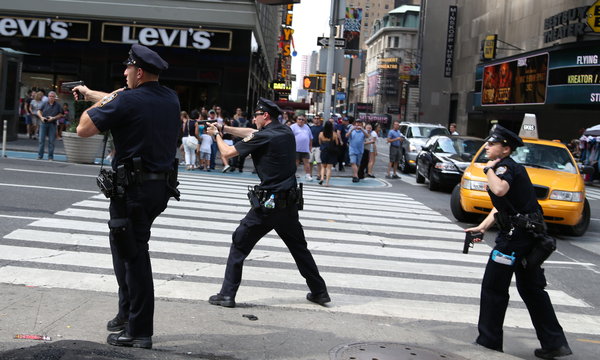 The general feeling amongst several gun manufacturers in the Empire State is that, if lawmakers are going to disarm law abiding citizens then they are going to limit the ability of law enforcement and government officials to obtain their products as well.

Olympic Arms is not only halting sales of their weapons to law enforcement, but they’re demanding repeal of the law and an apology to the American people.

Breitbart has a portion of each companies statements in regards to anti-gun legislation, including Larue Tactical, Olympic Arms, York Arms, EFI, Templar Custom, and Cheaper Than Dirt.

The most compelling statement in my view comes from York Arms, which simply ends with a statement to government customers – “Your orders have been cancelled”.

Based on the recent legislation in New York, we are prohibited from selling rifles and receivers to residents of New York. We have chosen to extend that prohibition to all governmental agencies associated with or located within New York. As a result we have halted sales of rifles, short barreled rifles, short barreled shotguns, machine guns, and silencers to New York governmental agencies.

At your choice, we will:

For LE/Govt customers in New York:

Surprise: It Was A Democrat Senator Who Called Gillibrand Chubby