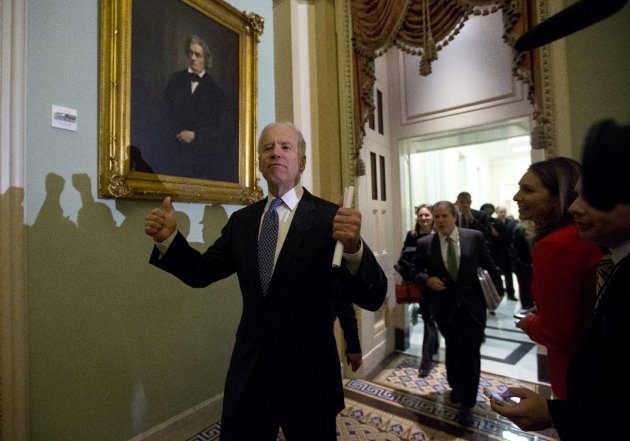 Another one of those ‘let’s pass it first and find out what’s in it later’ moments?

The U.S. Senate voted 89-8 to approve legislation to avoid the fiscal cliff despite having only 3 minutes to read the 154-page bill and budget score.

Multiple Senate sources have confirmed to CNSNews.com that senators received the bill at approximately 1:36 AM on Jan. 1, 2013 – a mere three minutes before they voted to approve it at 1:39 AM.

That amounts to about 1.17 seconds to read each individual page in the bill.  But then, they probably wanted to simply pretend the bill didn’t contain massive amounts of pork in it, by not actually reading it.  Pork such as…

This is our government today – trying to pass things into law in an attempt to keep them hidden from the general public.
Tags
Hollywood President Obama Senate