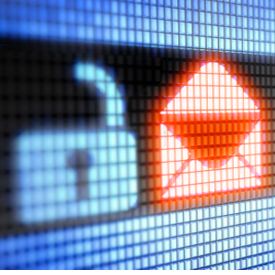 Well, this isn’t frightening at all.

A proposed law scheduled for a vote next week in the Senate was originally written with the intent of increasing American’s e-mail privacy.  A rewrite however, driven by complaints in law enforcement, has increased government access to your e-mails and other digital media.

CNET has learned that Patrick Leahy, the influential Democratic chairman of the Senate Judiciary committee, has dramatically reshaped his legislation in response to law enforcement concerns. A vote on his bill, which now authorizes warrantless access to Americans’ e-mail, is scheduled for next week.

Leahy’s rewritten bill would allow more than 22 agencies — including the Securities and Exchange Commission and the Federal Communications Commission — to access Americans’ e-mail, Google Docs files, Facebook wall posts, and Twitter direct messages without a search warrant. It also would give the FBI and Homeland Security more authority, in some circumstances, to gain full access to Internet accounts without notifying either the owner or a judge.

DailyTech calls the move a ‘bait and switch’, essentially charging Leahy with calling for a vote on a bill that is completely different from its original intent.

The irony here is that in 2008, Leahy was accusing the Bush administration of abusing their power regarding warrantless wiretaps, referring to the administration as “little children playing with matches”.

Looks like Leahy now has a lighter in his hands.  Will the Senate put out the fire next week?

Video – Geithner on the Amount of Money Needed to Cover Future Obligations: “It Would Make You Uncomfortable”