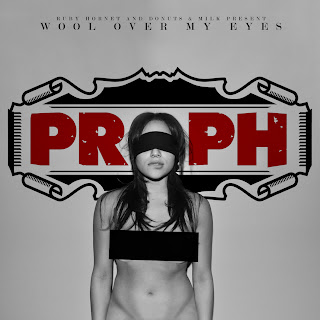 I’m sure the irony was completely lost on the Democrats in the crowd.

A rally was held in Milwaukee on May 19th, for Wisconsin Governor Scott Walker’s opponent in the upcoming recall election, Milwaukee Mayor, Tom Barrett.  During his speech, Barrett blasted the Republicans for their so-called “War on Women”.

Barrett then turned over the mic to rapper Prophetic (a.k.a Proph) who launched into his first number, “Sucka MCs”.  The ditty contains such lyrical gems as “bitches who ride me” and “make a n***** comfortable”.  If you were to ask Proph why they make him comfortable, he would respond with – “cash make the women shake they asses” so “get (on) the tour bus, bitch.”

Oh Mensa, how did you ever decline Proph’s application?

The cover art to his album shows the level of respect Proph has for women, and can be seen above.

Counter Contempt has more details, and also provided the video below.  It is surreal to watch Mayor Barrett shaking hands with the crowd after making a campaign speech involving women, whilst the poetic one raps behind him about his bitches…

Did MSNBC Intentionally Cut Every Speech Made By a Minority Speaker at the RNC?

Women Falling Out of Love With Obama?