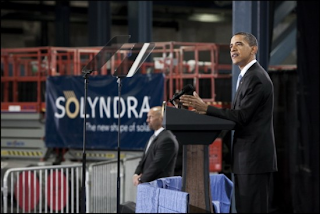 Mitt Romney went on Fox and Friends this morning to discuss the President’s record of political payoffs, while the middle class suffers significant layoffs.  Regarding Obama’s penchant for rewarding political allies with government funds, particularly the numerous examples that have been seen with rewards from the stimulus, Romney said the practice is flat-out “wrong” and “stinks to high heaven”.

Steve Doocy:  “I read in the Washington Post this morning that you want to draw attention to Obama’s political payoffs versus the middle class layoffs where you say, if you are a donor to the Obama camp you are going to do just fine. However if you are in the middle class Governor, your camp says, you got to worry about your job.”

Mitt Romney: “There is no question but that when billions upon billions of dollars are given by the Obama Administration to the businesses of campaign contributors, that is a real problem particularly at a time when the middle class is really suffering in this country. I don’t know whether you watched over the weekend, the report that was in The New York Times about families really struggling particularly those that are single parents that are just having a hard time making ends meet. This is a tough time for the people of America. But if you are a campaign contributor to Barack Obama, your business may stand to get billions of dollars or hundreds of millions of dollars in cash from the government. I think it’s wrong. I think it stinks to high heaven and I think the administration has to explain how it is they would consider giving money to campaign contributors’ businesses.”

Here’s the video of that exchange…

Video Celebration of Obama’s 100th Round of Golf

Obama Tells Heat-Stricken Supporters to Get Medical Assistance From “Paralegals”