Mitt Romney has now jumped to his biggest lead ever over President Obama in a hypothetical Election 2012 matchup. It’s also the biggest lead a named Republican candidate has held over the incumbent in Rasmussen Reports surveying to date.

The latest national telephone survey finds that 45% of Likely U.S. Voters favor the former Massachusetts governor, while 39% prefer the president. Ten percent (10%) like some other candidate in the race, and six percent (6%) are undecided.

While I still maintain that Romney has the best path to the nomination, I do not buy these polls that have the other named candidates trailing Obama.  Despite differences amongst conservatives, they will undoubtedly unite behind whatever candidate is challenging the President, save for Ron Paul. 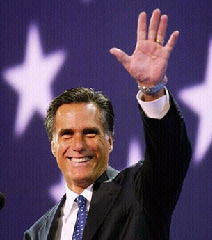 Video: Ted Turner Says It’s “Good” That US Troops Are Killing Themselves