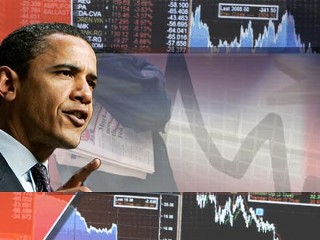 The August unemployment report is out, and as it has been for the entire Obama presidency, the numbers are ugly.  Bloomberg reports that while the unemployment rate dropped to 8.1%, it was the result of even more Americans leaving the labor force out of desperation.

The number of those in the working-age population participating in the labor force has dropped to the lowest number since 1981.  Remember that next time the administration wants you to believe Republicans want to take America back decades.

The jobs report prompted this response (perhaps his best so far) from Republican candidate Mitt Romney:

“If last night was the party, this morning is the hangover. For every net new job created, nearly four Americans gave up looking for work entirely. This is more of the same for middle class families who are suffering through the worst economic recovery since the Great Depression. After 43 straight months of unemployment above 8%, it is clear that President Obama just hasn’t lived up to his promises and his policies haven’t worked. We aren’t better off than they were four years ago. My plan for a stronger middle class will create 12 million new jobs by the end of my first term. America deserves new leadership that will get our economy moving again.”

What is it they say in sports when discussing a coach on the hot seat?  Whether or not you believe he is the reason for the team’s losing, a change has to be made.  Do something, don’t do nothing.