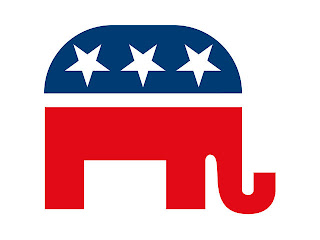 I honestly find this to be an unbelievable statistic.

According to the Gateway Pundit, Republicans turned out in fewer numbers for this year’s election than in 2004 and in 2008.

The enthusiasm gap that we heard so much about leading up to the election was supposed to be a double-edged sword – a drop in voter turnout for Obama, and a groundswell of support for Mitt Romney.

Only one edge lived up to the hype.  President Obama received 10 million fewer votes than in 2008.

But his Republican challenger saw no edge on his side, earning roughly 5 million fewer votes than President Bush in 2004, and even receiving 3 million fewer than the hapless John McCain campaign in 2008.

So I have to ask my fellow Republicans – Where the hell were you last night?

Not showing up just granted four more years of absolute failure to this President.

It’s four more years of trudging off to work knowing that a majority of your paycheck will be going to support government programs that benefit those who see no benefit in working.

Four more years of 8% unemployment being the norm in America.

Four more years culminating in over $20 trillion in debt.

Four years of further creating an entitlement society, one in which our children will live their lives predominantly dependent on government.

Four more years of having to accept the President’s own mantra – that American exceptionalism is a thing of the past.

Where were you when liberals took your country from you?

Now we get to sit back and find out what America would have looked like had Jimmy Carter won a second term – fasten your seatbelts and hold on to your misery index, it’s going to be one hell of a ride.

As for our Democrat counterparts:  It shouldn’t bother anyone to hear you shouting “Four more years!”  But it should bother you that every other America-hating leader around the globe is now chanting the same thing.

Poll: Whose Economic Policies Are Most Responsible For the Country’s Current Fiscal Problems?