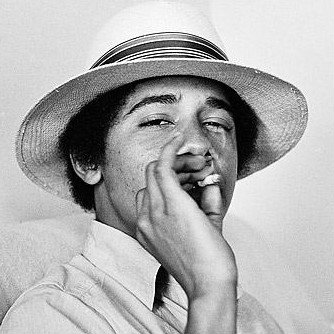 If this is Donald Trump’s big bombshell, it isn’t going to sway the election one way or another.  But it will be another piece to the puzzle of a man the media has never properly vetted over six years.

Of course, even wondering about this story will be perceived as racist, never mind the fact that some people already know the President’s accomplished drug history.

We know he snorted coke in college, but now this from Radar Online…

A man claiming to be a close pal to President Obama during college made contact with Republican operatives recently, ready to go public with claims that Obama used and sold cocaine in college, RadarOnline.com is reporting exclusively.

The operatives tried to spread the story through the media and the Romney campaign, a source close to the situation told Radar.

“At first he wanted to do a book,” a source close to the situation told RadarOnline.com about the alleged college pal. “But there just wasn’t enough time before the election.

“The people he is involved with have produced other credible information that is damaging to national Democratic figures in the past few years.”

A proposal of the man’s story was created and viewed by Radar. The document claims that there are multiple sources who can back up allegations that Obama used and sold cocaine in college.

The alleged pal was willing to go on the record for the story and take a polygraph test, according to the source.

The Romney campaign is right to distance themselves from this story.  It will not effect voting, and the Republican nominee needs to remain above this.

There’s a reason only Trump would consider peddling this story.

Did this college pal just now realize that the President of the United States was somebody he went to college with, and that evidence of him as a drug dealer might be big news?

Maybe Trump has something bigger?

DNC Now Conducting a War on Stay At Home Moms