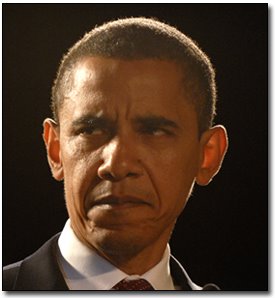 Glenn Thrush, writer for the Politico, has recently produced an e-book on the Obama campaign, and it’s causing quite a stir.  While many are focusing on the many conflicts the campaign is suffering this year – an issue with which they did not contend with as much in 2008 – there is another damning aspect of the book being vastly under-reported.

Essentially, the President was willing to place his reelection bid above the needs of our economy and our national defense.

Excerpts from the book claim that Obama rebuffed pleas from Nancy Pelosi of all people, to reconsider the sequestered defense cuts because doing so would make reelection more difficult.

Here are a couple of quotes from Thrush’s work that stand out:

“In mid-2012, the House minority leader Nancy Pelosi, requested a sit-down to ask Obama to reconsider the billions of defense cuts that would kick in automatically as part of the 2011 budget deal. The cuts included in ‘the sequester,’ she argued, would hurt Democratic House members with major defense contractors in their districts. They were asking for an alternative state of cuts, or any kind of plan that would keep local employers – and, by implication, local contributors – happy.”

“Obama told the former speaker what he had been saying for months – that he wasn’t budging on the defense cuts. Doing so would surrender his only leverage in forcing House Republicans to accept the expiration of tax cuts for the wealthy – the only weapon he had against their efforts ‘to delegitimize me,’ as he put it. Moreover, he bluntly called on Hill Democrats to reorient their priorities – from them to him. ‘Look, guys,’ he told Pelosi, Harry Reid, and several other congressional leaders, according to a person briefed in detail on the interaction. ‘I plan on winning this race. If I don’t win, then anything we say now doesn’t matter. I plan on winning this race. So let’s figure out how to win this race.’”

Please read the rest of the report…