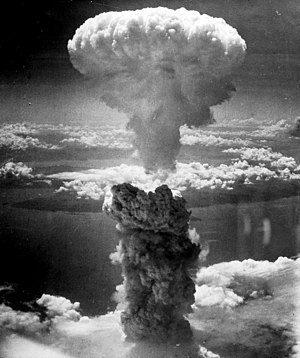 But the sanctions are working…

Via Israel National News (h/t Weasel Zippers):
Iran is planning to build a nuclear bomb with at least triple the force of the bomb that destroyed Hiroshima in World War II, diagrams obtained by the Associated Press indicates. According to AP, the diagrams were first  discovered by International Atomic Energy Agency (IAEA) scientists after an inspection of an Iranian nuclear facility. The document was published by the AP Tuesday after, the news agency said, it was leaked by officials critical of the way the West has been handling the Iran issue.
The diagrams discovered by the IAEA show Iranian scientists calculating the desired “nuclear explosive yield” in a device they were apparently working on. IAEA inspectors described the diagrams in a report, and a senior official who is working with the Geneva-based UN organization confirmed that the diagrams obtained by AP were the same ones mentioned in the report.
The diagrams showed a scientific calculation of the expected yield of a nuclear device, with a maximum force of 50 kilotons, experts who saw the AP diagrams said. There was no possibility that the diagrams referred to a process other than construction of a nuclear weapon, the experts said.
If Iran is indeed designing a nuclear weapon with a 50 kiloton yield, it will be significantly stronger than the bombs that were dropped on Hiroshima and Nagasaki in Japan during World War II, which were only 15 kilotons powerful. Nuclear weapons held by the U.S., Russia, and other countries are significantly stronger than a bomb with a 50 kiloton yield.
Tags
Iran Israel

Is This the Most Unfortunate Book Title Mix Up In News History?

Did Romney Win Because of a Typo?