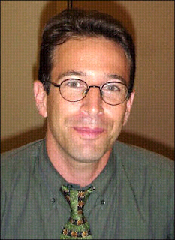 This is a great piece from Yid With Lid regarding the ten year anniversary since Daniel Pearl was brutally murdered.  It is a reminder of the kind of extremism we have been fighting in the Middle East, and here at home (remember the honor killings, the Buffalo TV producer who decapitated his wife?).

Next time you’re appalled by the thought of waterboarding (not torture) or how our government handles interrogations, do just one thing before you speak…

The prisoner surrounded by cowardly men covering their faces, looked at the camera and said, “My father is Jewish, my mother is Jewish, I am Jewish.” just before Khalid Sheikh Mohammed brutally hacked his head off in front of the whole world. Today, ten years after that horrific day, the memory of how Daniel Pearl was murdered still resonates in the hearts of many people in this country. Pearl was lured into his capture for one reason, he wanted to give the terrorists an opportunity to tell their side of the story–he was killed for one reason—he was a Jew.

It is sad that Daniel Pearl’s murder is relegated into the deep crevices of our collective memories. It is also sad that many among us view the man who hacked of Pearl’s head, Khalid Sheikh Mohammed, is considered a martyr by liberal Americans because he was blind-folded and showered with water–they call that torture. They remember the killer’s water boarding, but do not remember his act of brutally murdering this American, leaving his wife a widow and causing his son (who was born months after his death) to be born without his father.

I ask you…which one act was really torture, water boarding, or having ones head hacked off with a knife. And by knife I do not mean the swift executioners blade, but literately cut off with back and forth movements as one would slice off a piece if steak. I also ask, was the recent revelation of soldiers possibly urinating on the bodies of dead Taliban fighters anywhere as disrespectful as posting a video of Pearl’s murder ending with Khalid Sheikh Mohammed holding up the young man’s head in triumph?