Admit it – when you first clicked on the image accompanying this post, you were torn. It’s a toss-up, right?

Which Democrat is smarter – Nancy Pelosi or Maxine Waters?

It’s like asking which has better cholesterol levels – Michael Moore or a plate full of bacon? You can’t answer it, because they’re both atrocious.

But trust us … This quiz is actually pretty easy. We were sneaky about it and didn’t give you the whole picture. There are two more candidates to choose from. 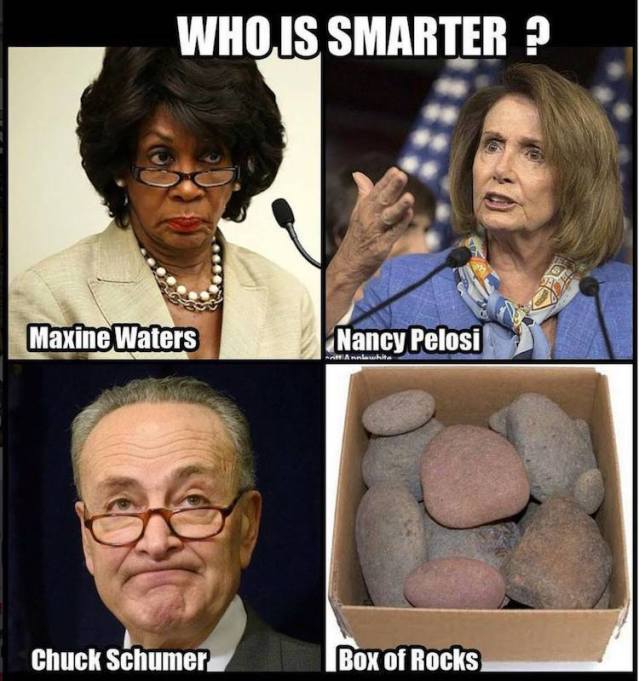 Ah, see … It’s a hell of a lot easier to answer this question now, isn’t it?

The smart money is on the box of rocks. At least it knows how to keep its mouth shut and wouldn’t do anything to endanger #WeThePeople and our freedom and rights. #FakeNewsAwards#TheGreatAwakening#GreatAwakening pic.twitter.com/lzVJbfcPAg

Box of rocks it is!

Tell us your answer to the quiz in the comments section below!

W.H.’s McMaster Hits Back: The Washington Post Story ‘Is False’