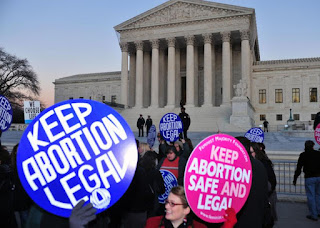 Lynn Beisner pens what may stand as the worst article you’ll ever lay your eyes upon, arguing a pro-abortion stance by wishing her mother had aborted her.

The piece, titled I Wish My Mother Had Aborted Me, approaches the topic of being pro-choice from an almost infantile-like mindset, littered with the ‘oh, woe is me’ nonsense you’d expect from a suicidal teenager.

The sub-headline argues that it won’t be what it ultimately becomes:

This is no ‘I wish I’d never been born’ howl of angst. I love my mother, and having an abortion would have given her a better life.

But it is precisely this, as Beisner sings the blues about her mother’s “bone-crushing poverty” and “childhood trauma”.  Interestingly, she refers to her mother as “love-starved” without ever acknowledging the possibility that the arrival of a child could have helped curb that hunger.

Abortion would have been a better option for me. If you believe what reproductive scientists tell us, that I was nothing more than a conglomeration of cells, then there was nothing lost.

The whining grows stronger as the piece moves on:

It is true that in the past 12 years, I have been able to rise above the circumstances of my birth and build a life that I truly love. But no one should have to make such a Herculean struggle for simple normalcy. Even given the happiness and success I now enjoy, if I could go back in time and make the choice for my mother, it would be abortion.

The world would not be a darker or poorer place without me. Actually, in terms of contributions to the world, I am a net loss. Everything that I have done – including parenting, teaching, researching, and being a loving partner – could have been done as well, if not better by other people. Any positive contributions that I have made are completely offset by what it has cost society to help me overcome the disadvantages and injuries of my childhood to become a functional and contributing member of society.

Because the road was long and difficult in Beisner’s eyes, no one should have to travel such a road.  You can not, with any sense of conviction state that you have become truly happy and love life, while simultaneously wishing you could go back in time and terminate your own life.

Brendan O’Neill of the Telegraph writes:

Campaigning for abortion on the basis that it can solve the alleged population crisis or reduce the number of depressed teenagers or make it easier for people like Ms Beisner to live with themselves (or not, as the case may be) takes us perilously close to eugenics territory. It takes us towards a situation where abortion is treated as a tool of political and social goals. Such cynical politicking and outright narcissism represent a profound warping of the pro-choice principle.