Facebook Twitter LinkedIn Pinterest
Parler Facebook Twitter Flipboard
Dear Mr. President,
Could you at least pretend to represent the American people and snub somebody who spouts off such blatantly anti-American rhetoric?
No?  Not your style, eh Mr. Obama?
Via the Daily Mail:

President Barack Obama has been pictured shaking hands with a South Korean rapper who sang about wanting to kill American soldiers.

PSY, born Park Jae-sang, performed at a White House charity event on Sunday, despite a deeply controversial performance in 2004 that has shocked and outraged American fans.

The rapper showed off his signature dance moves while performing ‘Gangnam Style,’ which has the most watched YouTube video in history.

PSY owes his popularity to his Korean pop hit taking hold among tens of millions of American fans.

However, countless fans were offended by the lyrics from an anti-American protest song he sang that included the lines, ‘‘kill those f****** Yankees who have been torturing Iraqi captives…kill them all slowly and painfully.’

The rapper, 34, apologized after the anti-American protests made national news. 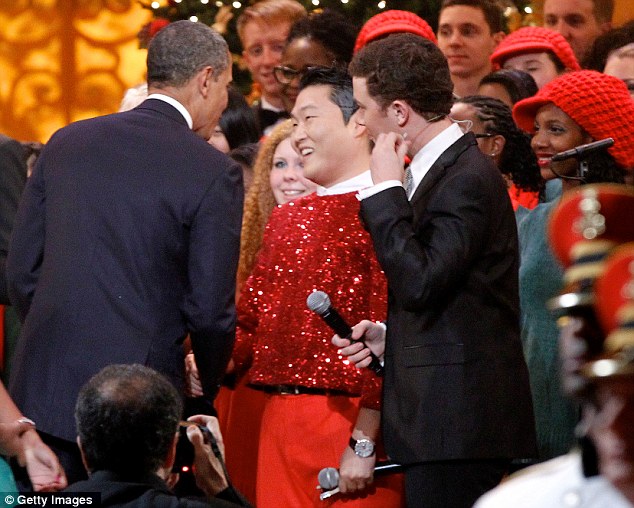 Of course he did.  PSY loves America now.  What’s the difference?  Americans are making him rich by buying into his crappy music.  Meanwhile, PSY and the President of the United States just shrug it off as no big deal.