Somebody better put our friends in the mainstream media on suicide watch. Despite their best efforts to take down President Trump (we’re looking at you Rachel Maddow), the man in the White House is starting to rally Americans around his agenda.

A brand new Morning Consult Poll shows that a majority of Americans approve of the job President Trump is doing – a rating of 52%.

President Donald Trump has seen a significant positive shift in his polling numbers according to the latest Morning Consult poll.

For the first time in his presidency, a majority of Americans approve of the job Trump is doing, according to the Morning Consult/POLITICO survey. The president’s approval rating is at 52 percent, which is the first time he’s cracked the 50-50 mark in this specific survey.

Trump’s numbers have improved since Inauguration Day when his job approval was at 46 percent, according to the poll.

The media and Democrats (some would say what’s the difference?) just keep throwing stuff at the President and he just keeps doing this …

Here’s a visual representation of Trump’s continuous, steady climb in the approval ratings: 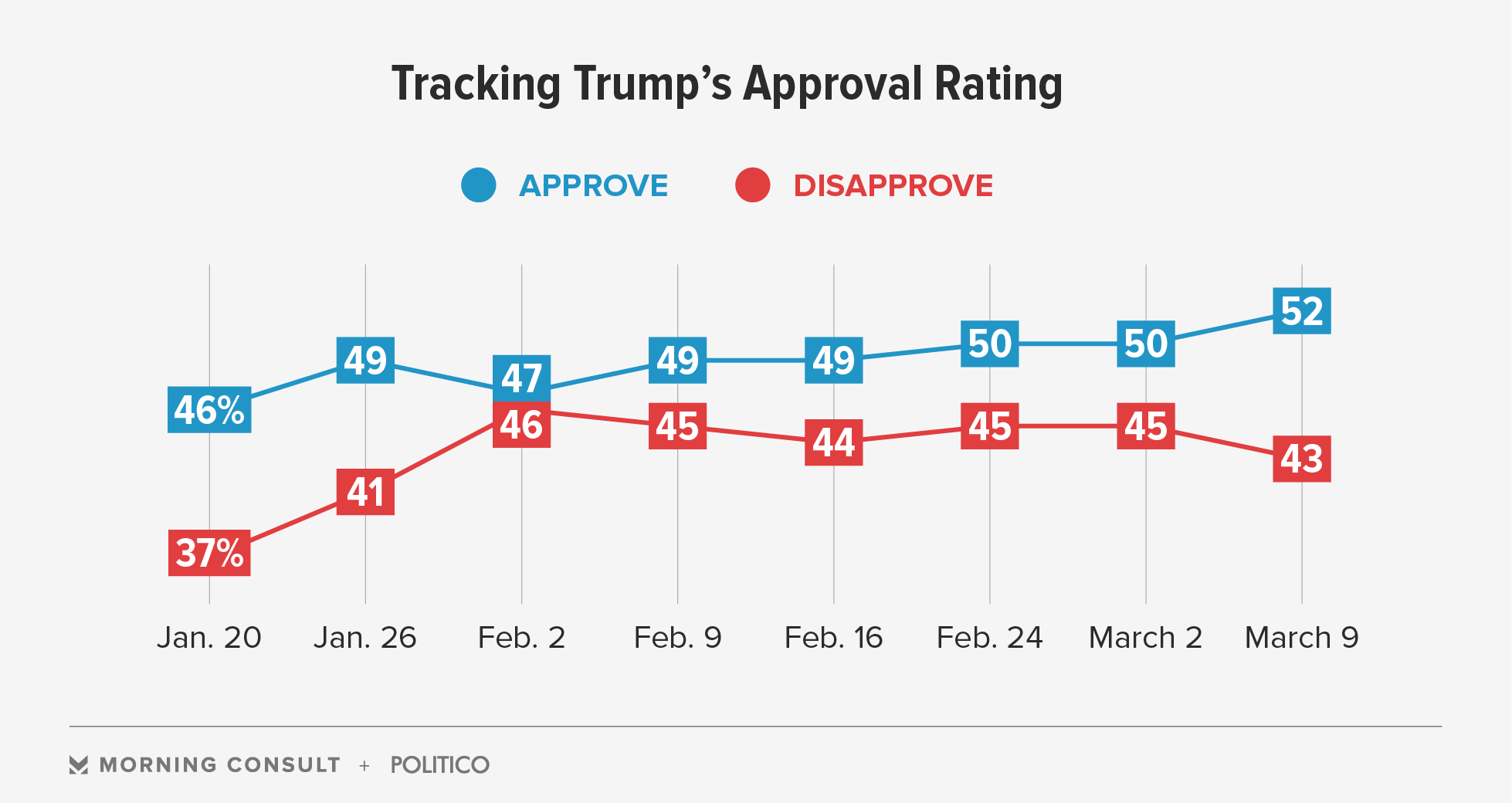 Even better, the Morning Consult people report that measures for both approval rating and whether or not the country is on the right track, are all trending upwards for President Trump.

“Despite several public controversies,” they write, “the two measurements have remained relatively steady, and almost all of the movement has been in Trump’s direction among all voters.”

Among all voters – That means he’s winning the hearts and minds of those on both sides of the political spectrum.

Sure, there’s still a ways to go before we hit Reagan, Clinton, or even early George W. Bush numbers, but things are steadily moving in Trump’s favor.

In other words, the more people see and hear from the President and his agenda, the more they like.

Comment: Do you approve of the job President Trump is doing? Tell us your take in the comments section below.

In ‘Most Important Speech’ He’s Ever Made, Trump Claims ‘Bad Things Happened’ and Biden Can’t Be President