Despite some GOP lawmakers doing their best to distance themselves from former President Donald Trump, a vast majority of Republican voters want to see him play a big role in the future of the party, including running again in 2024.

In fact, 53 percent want to see him run again during the next presidential cycle, far outpacing his second closest challenger in former Vice President Mike Pence at 12 percent.

This, according to a Politico/Morning Consult survey, which also shows the former president’s son, Donald Trump Jr., at 6 percent, tied with former UN Ambassador Nikki Haley.

Donald Trump hasn’t made any definitive declaration that he intends to run for President in 2024.

The closest he’s come to hinting at a run was at a White House Christmas party this past year, where he suggested he would be back in 2024.

“It’s been an amazing four years,” Trump said during a live stream of the party by former Oklahoma Republican Party Chair Pam Pollard.

“We’re trying to get another four years,” the President continued, “but otherwise I’ll see you in four years.”

Trump at the White House Christmas party: “It’s been an amazing four years. We’re trying to do another four years, otherwise I’ll see you in four years.”

Cruz and Hawley both vehemently defended Trump during his presidency, even objecting to the electoral college vote counts which Democrats have attempted to link to the Capitol riot in January.

Scott has been a tremendous supporter of the former President, at one point emerging from a meeting with Trump that gave him “hope” about how they could work to improve race relations in America.

Rubio would likely struggle to gain traction in 2024 if he can’t shed his efforts as a member of the Gang of Eight that tried to introduce a pathway to citizenship for illegal aliens, a clear divide between him and Trump that haunted his 2016 campaign.

Sen. Tim Scott, the GOP’s sole Black senator, delivered a rousing speech about race and the American dream at the RNC. https://t.co/TCeiVVp3QL pic.twitter.com/qVOkCMKwyY

Whether Trump runs again in 2024 or not, it’s clear his popularity in the Republican party remains quite high.

A Rasmussen survey in late December indicated 72 percent of Republican voters want their legislators to be more like Trump and less like the RINOs that currently litter the GOP landscape.

Another poll from Axios-Ipsos shows GOP voters lining up behind Trump against the establishment as we barrel towards 2024.

On President’s Day, supporters of the former President lined the streets at a rally in Palm Beach, Florida, to show their appreciation.

Despite the overwhelming evidence that Trump is the key to Republican support in 2024, anti-Trump Republicans have started a PAC trying to “take back” the party from Trump.

They’ve even been in discussions to form their own party.

Can you imagine what some Republicans will do to stop Trump if he decides to run again?

Report: Obama Admin Allowing Illegal Immigrants Into US If They Use ‘Magic Words’ 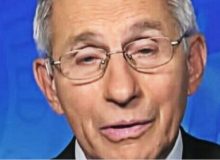