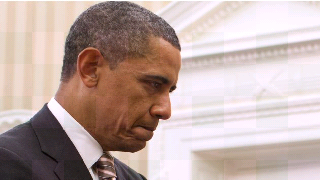 While some believe that the very invocation of executive privilege by the President regarding Fast and Furious, signals some level of knowledge at the highest levels of the White House, it is evident that a vast majority believe that at the very least, it is a demonstration of a clear-cut abuse of power.

In fact, a recent poll of likely voters shows that two out of every three respondents believe the President abused the privilege.

A clear majority of likely voters believes President Obama has exercised his executive power inappropriately — particularly in blocking the release of documents relating to Operation Fast and Furious, according to a new poll for The Hill.

But in a sign that the electorate’s frustration extends to Capitol Hill, voters by a significant margin also feel Congress has behaved in an obstructionist manner toward the president.

Amid the discontent over the behavior of both Obama and members of Congress, the poll found a strong preference among voters for a return to one-party rule in Washington.

Which of course begs the question, are those 56% simply trying to fight Holder’s attempt to block voter ID laws, and are they all by extension racists?

And yes, Congress does get a share of criticism in this poll as expected, but nowhere near the level Obama has.

How badly do you have to mangle a situation to make Congress look better?

Will the administration explain itself, or will the President simply continue to abuse his power?  His actions are practically an admission that abusing power is less politically damaging than whatever critical information is in those documents.

That is a scary thought.

Photo: Biden Gets Friendly With a Biker Chick In His Lap, Biker Guys Not Amused