Most look like sniveling fools with their placards and simple rhymes however, and nowhere is this more obvious than in the following meme which presents an accurate representation of perception versus reality. 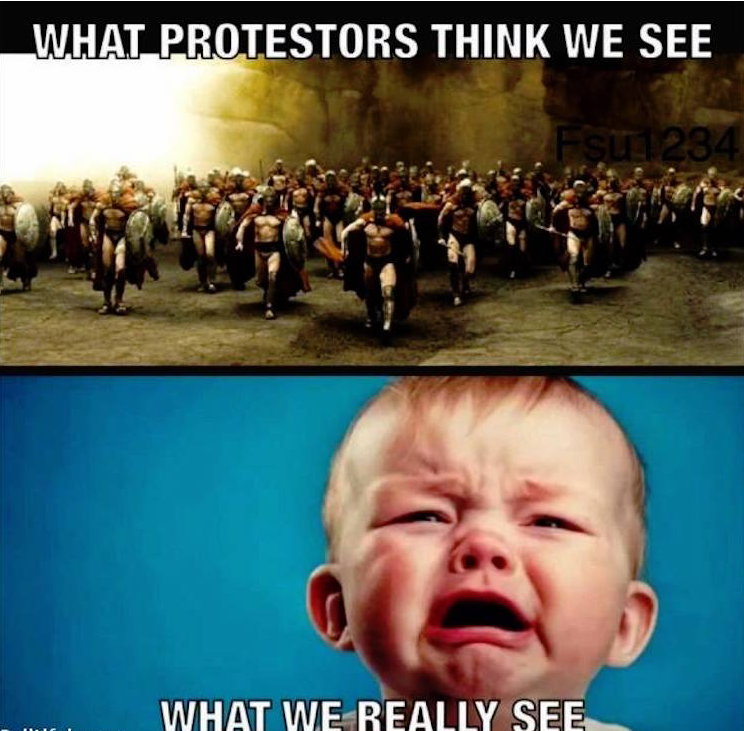 You can just imagine the young hippie taking to the streets to protest our President, or Republicans in general, or voicing their complaint du jour.

This is reminiscent of a fairly recent protest at the Trump Hotel in Washington, DC.

“I think what we should do,” the warrior in the video bravely announces “is we should run up … They’re going to freak out.”

At that precise moment, someone in the crowd lets out a screeching/howling call to war before another yells, “Shut that s*** down!”

The soldiers of social justice then commence in what can only be defined as a determined prance. As they bear down on the barricaded entrance, absolutely nobody on the police force freaks out as the original warrior had predicted.

It is anti-climactic and quite sad to be honest.

Just another reminder for liberals that, while you think you’re looked at as noble Spartan warriors, the rest of us are laughing at you snowflakes, not with you.

AOC Equates Republicans to Her Sexual Assault Abuser, Says She Thought She Would Die During Capitol Riots