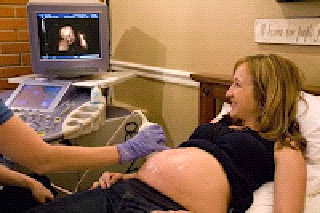 A newly released Gallup poll shows that the number of Americans identifying themselves as pro-choice has dropped to 41% – a new record low.  At the same time, those identifying as pro-life have risen to 50%.

The 41% of Americans who now identify themselves as “pro-choice” is down from 47% last July and is one percentage point below the previous record low in Gallup trends, recorded in May 2009. Fifty percent now call themselves “pro-life,” one point shy of the record high, also from May 2009.

And it isn’t just one particular section of America, as the poll clearly indicates that all three major political groups – Republicans, Independents, and Democrats – are trending in the pro-life direction.

Gallup says the decline in Americans’ self-identification as “pro-choice” is seen across the three U.S. political groups — with Republicans increasingly becoming pro-life.

“Since 2001, the majority of Republicans have consistently taken the pro-life position, but by a gradually increasing margin over “pro-choice.” That gap expanded further this year, with the percentage of Republicans identifying as pro-life increasing to 72% from 68% last May, and those identifying as pro-choice dropping to 22% from 28%,” Gallup noted.

Independent voters are also trending pro-life, with Gallup pointing out that the percentage of political independents identifying as pro-choice is 10 points lower today than in May 2011, while the percentage pro-life is up by six points. As a result, pro-lifers now outnumber pro-choicers among this important swing political group for only the second time since 2001, with the first occurring in 2009.

Even Democrats, who support abortion, are trending in the pro-life direction, according to the survey.

“Democrats’ views on abortion have changed the least over the past 12 years, with roughly 60% calling themselves pro-choice and about a third pro-life. Democrats’ identification as pro-choice was above this range in May 2011, but has returned to about 60% in the current poll,” Gallup noted.