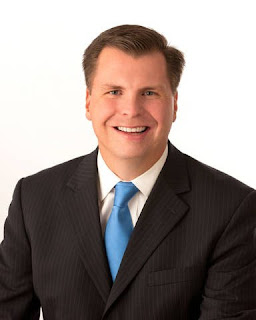 SALT LAKE CITY – Today, Dan Liljenquist formally launched his campaign to be Utah’s next Republican U.S. Senator.
“It’s time for real reforms to come out of Washington. An entire generation of politicians have pulled power and money to D.C., abusing the original intent of the Constitution and resulting in crushing debt, over-regulation and an erosion of our God-given rights,” he said. “This country desperately wants leadership, while all we’ve seen for decades are members of Congress who are either unwilling or incapable of providing it.”
Liljenquist is running for the U.S. Senate in part because he is willing and capable of addressing this country’s single largest problem: $15 trillion in debt. As a new state senator in 2008, he was told his ideas to reform pensions and entitlements were too much, too fast. But he forged ahead, drafting legislation and creating coalitions to enact reforms that will save the state billions of dollars going forward.
Those reforms have become model legislation all across the country, and for his efforts he was named a “Public Official of the Year” by Governing Magazine in 2011 and has been called a “policy pioneer” by the Wall Street Journal.
“Washington, D.C., is broken,” he said, “and some of our own Republican lawmakers share in the blame. It’s time for new conservative ideas from those who have the energy to see them through.”
“We have an amazing campaign team that is already building momentum across the state. I am delighted by the outpouring of support that has already come our way,” Liljenquist said.
Liljenquist has named Lynn Taylor as his campaign manager and Adrielle Herring Bowler as his Grassroots Coordinator. Taylor is a former Air Force officer and A-10 fighter pilot. He has been active in the Utah Republican party for several years and has previously worked on the original campaigns for Congressman Jason Chaffetz and Senator Mike Lee.  Herring Bowler recently resigned as the vice-chair of the Utah County Republican party and has been active in Utah politics and grassroots efforts for some time.
More information can be found on his campaign website, www.DanforUtah.com
Tags
Congress Conservative

Dear Republicans – STFU and Let’s Get This Done