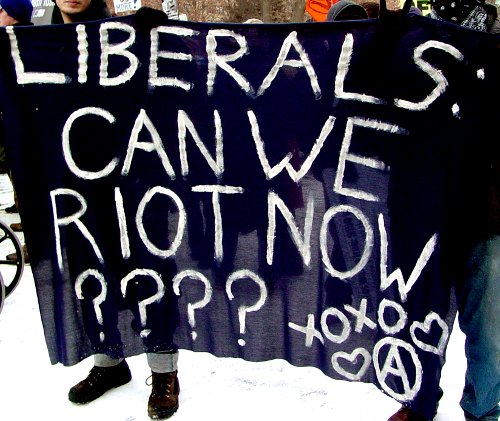 For the second time in two weeks, the Occupy Albany movement has announced an event in which they will voice support and heap praise upon a man serving time for murder.  The group somehow manages to completely gloss over their crimes by referring to the men as ‘political prisoners’.  They clearly see some sort of parallel between themselves, their perceived struggle against government, and the political platforms of such men.
Frightening indeed.
If a priest murders somebody, they are a murderer, not a religious prisoner.  If a doctor murders somebody, they are a murderer, not a medicinal prisoner.  And now, Jalil Muntaqim was not convicted for his political beliefs, he was convicted of murder.
Only zealots in the Occupy movement can turn such a heinous individual into some sort of freedom-fighting icon.
Free Trump 2024 Hat, just pay shipping! Get yours HERE! 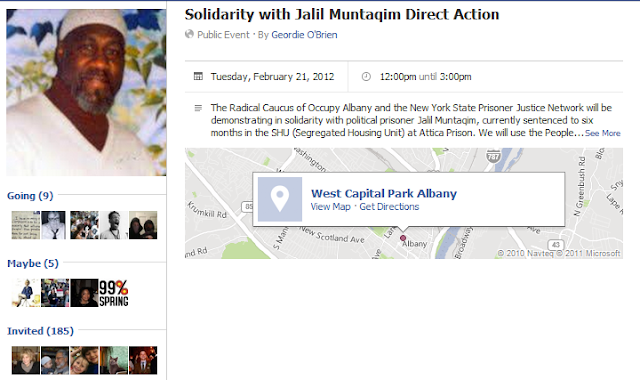 Today the announcement was made:

The Radical Caucus of Occupy Albany and the New York State Prisoner Justice Network will be demonstrating in solidarity with political prisoner Jalil Muntaqim, currently sentenced to six months in the SHU (Segregated Housing Unit) at Attica Prison. We will use the People’s Mic for a call and response of our demands to an end of mass incarceration, over-sentencing to the SHU, and specifically to bring attention to Jalil’s case.

Jalil’s case involves an arrest on May 21, 1971, when he and two others were arrested for the killings of two New York City police officers.  In 1974, Muntaqim (also known as Anthony Bottom) was convicted on two counts of first degree murder and received a prison sentence of 25 years to life.  More recently, he also pleaded no contest to conspiracy to commit voluntary manslaughter in connection with the 1971 slaying of a San Francisco police officer.
In a letter to the State Division of Parole in 2002, Mayor Michael Bloomberg urged parole for Muntaqim to be denied.  The New York Times wrote:

Mr. Bloomberg, responding to a request by Diane Piagentini, Officer Piagentini’s widow, wrote, ”Anthony Bottom’s crime is unforgivable, and its consequences will remain forever” with the families of the police officers, ”as well as the men and women of the New York City Police Department.”

”Because he so callously stole these officers’ lives,” the mayor added, ”Bottom should serve the maximum sentence without parole.”

In a book on ‘imprisoned intellectuals’, Muntaqim is described as follows:

While a member of the Black Panther Party, Muntaqim held beliefs which paralleled those of the underground faction, as opposed to the mainstream party, which focused on organizing, communicating with nationwide affiliates and other revolutionary groups to form positive political and social relations. In contrast, the underground party was focused on radical means of obtaining equality. Its members served as experts in military strategy and were “the essential armed wing of the above-ground political apparatus.”

So the ‘radical’ faction of the Occupy Albany movement is holding a demonstration in solidarity with a man focused on ‘radical means of obtaining equality’?  Comforting.
Of course, this isn’t the first time Occupy has expressed solidarity and support for a cop-killing extremist.  They recently announced an event in March called, The Weather Underground Meets Occupy Wall Street.  The event will be held March 3rd, and is co-sponsored by The Sanctuary For Independent Media and the Albany Social Justice Center.  It is described as, “A book event and multi-generational dialog to celebrate U.S. political prisoner David Gilbert’s new memoir, “Love and Struggle.”

Gilbert is currently serving time, like Jalil Muntaqim, in the Auburn Correctional Facility and is described as “an American radical leftist organizer and activist.”  He was imprisoned for his role in the Brinks Robbery of 1981, a botched effort that led to the murder of four people, including a security guard and two police officers.

Justifying the killing of seven lives total by referring to the murders as ‘political prisoners’?

How Occupy of them.

Whatever our differences Occupy, it’s time you took your movement back from these radicals.  Before it’s too late.

Report: Obamacare is a “Big Tax, Particularly on the Poor”