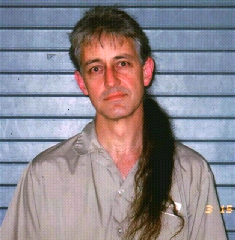 Well, they both hold a disdain for the law…

Incidentally, the prisoner in question is serving time for extortion and making threats, which is similar to how Obamacare got passed.

An obscure federal prison inmate gave President Obama an unexpected run for his money in the West Virginia Democratic Primary Tuesday, highlighting the deep dislike for the president in the Appalachian heartland.

With 96% of the precincts reporting Tuesday night, Keith Judd was holding steady at 41% of the vote and had won ten counties.

Judd is alsoknown as federal prison inmate Number 11593-051 at the Beaumont Federal Correctional Institution in Beaumont, Texas, where Judd is serving a 210-month sentence for extortion and making threats at the University of New Mexico in 1999.

According to both state and national Democratic Party rules, Keith Russell Judd is entitled to receive at least one delegate from West Virginia for the Democratic National Convention in Charlotte, N.C. because he received 15% of the vote.

This guy must have been confused. Democrats want convicted felons to vote for Obama. Twice if possible. Not run against him.