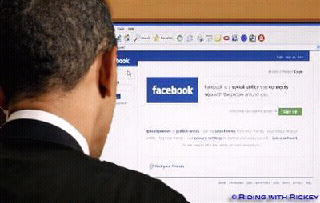 This isn’t unnerving or anything…

But that’s not stopping his re-election campaign from tapping the rich data Internet companies hold on millions of potential voters.

Obama for America has already invested millions of dollars in sophisticated Internet messaging, marketing and fundraising efforts that rely on personal data sometimes offered up voluntarily — like posts on a Facebook page— but sometimes not.

And according to a campaign official and former Obama staffer, the campaign’s Chicago-based headquarters has built a centralized digital database of information about millions of potential Obama voters.

It all means Obama is finding it easier than ever to merge offline data, such as voter files and information purchased from data brokers, with online information to target people with messages that may appeal to their personal tastes. Privacy advocates say it’s just the sort of digital snooping that his new privacy project is supposed to discourage.

What Voter Fraud? Maryland Democrat Quits Amid Revelations That She Voted in Two States