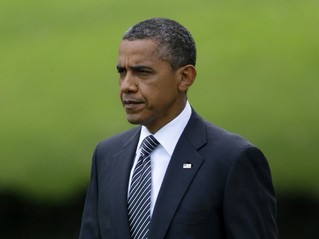 Earlier today, Republicans were hitting on a recording of Obama in 1998 in which the future President says he “believe(s) in some redistribution”.

“I think the trick is figuring out how do we structure government systems that pool resources and hence facilitate some redistribution – because I actually believe in some redistribution, at least at a certain level to make sure that everybody’s got a shot.”

That’s hardly a revelation.  The President’s staunch support of taking from those who work and giving to those who watch the work is well-documented, in word and deed.

Now though, a new recording has surfaced of Obama in 2001, and it’s a rather alarming statement on just how far he thinks government can reach in their quest to spread the wealth.  Essentially, he believes there is theoretical justification for the Supreme Court to do the redistributing.

Back in 2001, Barack Obama gave this stunning interview to a Chicago public radio station in which he talked about using the Supreme Court, the most undemocratic of the three branches of government, to “spread the wealth.”

If you look at the victories and failures of the civil rights movement and its litigation strategy in the court, I think where it succeeded was to invest formal rights in previously dispossessed peoples so that I would now have the right to vote, I would now be able to sit at a lunch counter and order, and as long as I could pay for it, I’d be OK. But the Supreme Court never ventured into the issues of redistribution of wealth and the more basic issues of political and economic justice in this society, and to that extent, as radical as, I think, people try to characterize the Warren court, it wasn’t that radical; it didn’t break free from the essential constraints that were placed by the Founding Fathers and the Constitution…. One of the, I think, tragedies of the civil rights movement was because the civil rights movement became so court focused, I think, there was a tendency to lose track of the political and community organizing activities on the ground that are able to put together the actual coalitions of power through which you bring about redistributive change, and in some ways, we still suffer from that. You can craft theoretical justification for it legally, and any three of us sitting here could come up with a rationale for bringing about economic change through the courts.

President Obama: Success Isn’t Because You’re “So Smart” or Because You “Worked Hard”