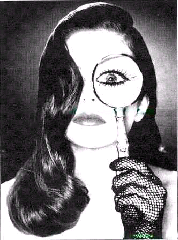 The entire New York State Inspector General’s Office has now been granted the authority to snoop into the tax returns of not only the state employee workforce, but anyone they deem to be relevant to an investigation.  This level of investigative power is unprecedented, and is something even the State Attorney General has not been granted.

Let me reiterate…  The entire staff of the IG’s Office can now look into your taxes in New York State.  If you’re a state employee, look around your office right now.  Now imagine, there are similar levels of riffraff in the IG office that can now view yor returns.

Here’s something else to ponder – think of all the tax cheats in the current administration.  They know these people owe back taxes – and they do nothing.  Contrast that with New York, where secretaries now have the power to investigate tax filings.

From the Times Union:

Under a unique arrangement, the entire staff of the state Inspector General’s Office quietly gained a powerful crime-fighting tool last month -— the ability to look at tax returns of state employees and, potentially, any other filers whose confidential data is considered “relevant” to an investigation.The added muscle — something district attorneys and the attorney general cannot flex — was granted two weeks ago in a deal between Inspector General Ellen Biben, who’s about to become the state’s ethics commission executive director, and Tax Commissioner Thomas Mattox. At least one tax law professional says it is illegal.

The Commissioner appointed each employee specifically by name – from the Inspector General on down to the secretaries.

Legality is a question, and some lawmakers were quick to voice their concerns.

There is no legislative authority for this data exchange. Several legislative officials and lawmakers did not know anything about the memo of understanding, and some expressed surprise or concern.

A former chief counsel to the Tax Department explains:

Steven Teitelbaum, former chief counsel to the tax department from 1995 to 1999, said the IG is getting unusual powers under a deal that is not lawful. He said the tax commissioner can only make tax department employees deputy tax commissioners. “He’s authorized fishing expeditions,” Teitelbaum said. “He’s given people the authority to look at anyone’s tax return” if the IG “thinks somebody is or may have been cheating.” Prosecutors are not supposed to obtain the data unless the tax commissioner makes a referral to them, he said.